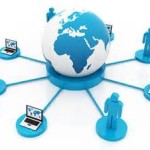 The new report, Information Management: State of the Industry 2016, reveals a lack of alignment between IM/enterprise content management (ECM) systems and information governance (IG). Less than one-in-five organisations align their IM/ECM system strategies with agreed IG policies, while 15% have IG policies, but they don’t drive decisions. 29% have no IG policies whatsoever.

“Organisations are rightly concerned about corporate risk, but are not aligning their systems such that they can comply,” said Bob Larrivee, chief analyst at AIIM. “Many existing systems are not fit for purpose in the social, mobile and cloud age, but before embarking on upgrades and replacements, organisations need to address the lack of information governance policy as a priority. This has to be the first step in minimising risk.”

Despite the growing worry over risk, half of those organisations surveyed by AIIM admitted they would struggle to defend deletions in court, particularly with cloud file-shares and ‘business social’, but also SharePoint and e-mail. Even where organisations have IG policies, half are not auditing compliance and 15% admit they’re mostly ignored.

Content overload threatens around one quarter (24%) of respondents who have no mechanism to limit stored content volumes. While 47% have an IG policy that defines retention periods, more than half (51%) rely on manual deletion versus 25% who have automated deletion. 7% are using analytics tools for data clean-up.

“The findings reveal that the information management industry is in a state of flux, with many organisations are adapting a ‘bury your head in the sand’ strategy,” continued Larrivee. “Organisations know that they need to manage their content and information much better than they are, and are also fully aware of their shortcomings should they ever be required to go to court. However, they’re still not doing enough to address this issue. It may take one huge compliance case to shake organisations into action.”

Other key findings in the AIIM report include:

*87% of respondents are concerned about cloud chaos, while 75% agree that e-mail management is still the ‘elephant in the room’ as far as IM’s concerned

*63% of organisations use SharePoint as a main, secondary or legacy ECM/DM/RM system, including 27% using the online version

The research for ‘Information Management: State of the Industry 2016’ was underwritten in part by Iron Mountain, Kofax, Nitro, OpenText, Onbase, Precision Content and Systemware. The full report can be downloaded here.

The survey was taken using a web-based tool by 266 individual members of the AIIM community between 28 January and 21 February 2016. Invitations to take the survey were sent via e-mail to a selection of the 180,000 AIIM community members.