Adding more black to the bottom line on Black Friday 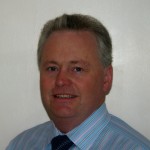 Black Friday has become a key date for shoppers across the country. Spawned in the US to describe the heavy and disruptive pedestrian and vehicle traffic that would occur on the day after Thanksgiving, UK retailers have jumped on the opportunity to increase sales ahead of the traditional Christmas shopping period. However, with shoplifting in some areas of the country increasing by up to 33% compared with November 2013, stores are not having it all their own way, as Russell Holland explains.

Last year, UK retailers undoubtedly saw the benefits that Black Friday can bring, with unprecedented numbers of customers entering stores on the fourth Friday of November. Indeed, sales on the day were 21% higher than the previous year. John Lewis was just one of many retailers that saw huge increases, reporting its biggest trading week on record with sales up 22% on the previous year.

However, despite the many reported successes, it was certainly not all plain sailing for retailers. The devil is in the detail and Black Friday is something of a double-edged sword. Competition on the High Street is at an all-time high and, to entice shoppers through their doors, stores resulted to undercutting one another with heavily discounted goods. While on the face of it this presents vistas of jubilation when footfall increases, the accountants behind the scenes are rather less enthusiastic as profit margins are squeezed even more than usual.

What’s more, the national and regional media were awash with stories of a crime spree taking hold across the UK. Public order offences increased by almost a quarter in November 2014 compared to the previous year. Scenes of people running out of stores with stolen TVs, fights on the shop floor and elderly people being knocked over by stampeding shoppers did nothing to enhance the reputations of some leading outlets.

Make the most of the opportunities, but beware of the pitfalls

It goes without saying that Black Friday presents a great opportunity for retailers to bring more shoppers through their doors on what might otherwise be a quiet day. Last year, Barclaycard reported a four-fold increase in electronics spending alone. However, when profit margins become increasingly small and the threat of shoplifting from a minority of dishonest shoppers looms large, alarm bells should start to ring.

When we analysed police crime figures from November last year, we were amazed to see that some areas of the country had witnessed shoplifting increase by more than one fifth when compared against the previous November. In London alone, the Metropolitan Police Service dealt with 3,530 incidents of shoplifting, almost 400 more than last year, and 3,174 reports of public order offences – an increase of 920 on the year before.

What’s more, retailers were dealt a double blow with incidents of shoplifting up 6.5% nationwide in December 2014. Worryingly, the reality is that the increases are likely to be much higher as not all incidents would have been identified or reported by stores.

It’s clear that some retailers were not only under-prepared for huge increases in footfall, but they had also perhaps underestimated how many opportunistic shoplifters would grace stores up and down the country. Greater Manchester Police, for instance, reported that large supermarkets in the region made significant demands on policing because of shoplifting and anti-social behaviour, much of which could have been prevented.

Not only that, the increase in theft seen in December could be attributed to dishonest shoppers ‘having another go’ and stores not identifying weak spots in their security following on from Black Friday.

Preparing for the rush

According to Visa, consumers spent £1 million on its cards every three minutes throughout Black Friday 2014. As retailers across the country prepare to offer discounts of up to 70%, Tesco forecasts the day to beat this year’s Boxing Day sales. With that in mind, retailers need to ensure they’re fully prepared when 27 November comes around. If not, we will surely see a repeat of last year’s chaotic scenes.

What can retailers do to maximise their profits? First, it’s about getting the balance right. Bringing in dozens of security officers to protect merchandise can turn some people off entering the store. Equally, locking all merchandise away in cabinets is proven to reduce sales as consumers cannot interact with the products.

In my opinion, it’s important for retailers to identify what items are most susceptible to theft and apply innovative security solutions to them, while at the same time ensuring that members of staff understand how to use existing loss prevention systems, such as Electronic Article Surveillance tags and antennas.

Loss prevention measures are undoubtedly key to reducing shrinkage – a visible deterrent on easily concealable merchandise will significantly reduce the threat of it being shoplifted, while moving high theft items away from the store entrance will help overcome opportunistic theft.

As we saw last year, though, Black Friday presents a bigger problem than just customer theft. With highly stressed shoppers looking for great deals, better inventory control is an area that can help tackle one of last year’s biggest problems – customers fighting over the last item.

By improving inventory control, retailers can ensure that merchandise is available for sale rather than sitting in the back office or warehouse. This will help to increase sales, while also potentially averting scenarios whereby customers become infuriated as they believe an item is out of stock when in fact that isn’t the case.

Failure to learn from last year will not only damage the bottom line, but it may have a longer lasting reputational damage. On top of that, it may also have a knock-on impact when it comes to festive trading.

It goes without saying that, if stock is unavailable because it has been stolen and stores are not monitoring their inventory, they will sell less customers come Boxing Day.

Black Friday will provide an opportunity for retailers to increase their sales ahead of the traditional Christmas shopping period. However, there’s little point in spending millions advertising Black Friday promotions if stock walks out of the door for free, or there’s little merchandise on your shelves for people to buy.

In the lead-up to this year’s sales periods, it’s vital to look at all areas of your store and ensure loss prevention and security is top of the longer term agenda and not only in November.

*Review your loss prevention systems and ensure that all staff have received training on using solutions. This will allow them to quickly respond to any incidents while also helping to protect merchandise on the shop floor

*Inventory control is key to maximising sales and keeping customers happy. Review your processes ahead of Black Friday to ensure that you’re prepared to keep merchandise on sale in the most efficient way possible

*The use of stanchions, crowd control barriers, fences and signs painted on the ground to direct the crowd should help control the flow of customers into the store

*Use people counters on the shop entrances to keep the employee-to-customer ratio balanced. Ample staffing for the number of customers should leading to fewer incidents inside the store, quicker transaction times and a much smoother operation

*Communication is key when addressing consumer expectations. Talk to waiting crowds outside the store so people know the entry procedure, the store policies (one item per person/taking items from other shoppers/attitudes towards staff, etc). By setting boundaries early on, you’re expressing what behaviour is acceptable and what isn’t.

Usability is Transformative, Demand is Cross-Generational

How do we close ‘The Vulnerability Gap’?