Action taken by Government to detect, deter and disrupt misuse of drones 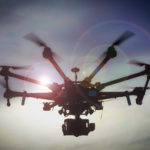 The Conservative Government is all set to develop a new mobile counter-drone unit that will be deployed to drone-related incidents and major events across the UK as part of the new Counter-Drones Strategy just launched by security minister Brandon Lewis. The “world-leading” strategy will ensure individuals, businesses and Emergency Services in the UK can continue to harness the economic and social benefits of drones, while also cracking down on misuse and disruption.

The Counter-Drones Strategy includes plans to drive forward the establishment of international design standards for manufacturers to enable safety features to be designed-in from the start and make drones safe to use in the UK. This will happen with input from a new industry action group formed to encourage collaboration with Government, drive progress and stay ahead of malicious drone users.

As stated, a new mobile counter-drone unit will be created and contain detection and disruption equipment which can be deployed by the police and other emergency responders in order to protect major events and rapidly respond to drone incidents across the UK.

Brandon Lewis commented: “This Government is proud of the UK’s burgeoning drone industry and we will do all that we can to ensure that the UK firmly establishes itself as a world leader in this industry. To ensure the drone industry can thrive in this country, though, means that we must be able to crack down effectively on those who would use drones to cause harm or disruption. There’s no silver bullet to help protect our infrastructure and our citizens from malicious or careless drone use. That’s why this Counter-Drones Strategy outlines a broad range of work to ensure we can effectively tackle the threat.”

Contribution to the UK’s economy

The use of unmanned aircraft has grown significantly in recent years and the industry is expected to contribute an extra £42 billion to the UK economy by 2030, with more than 76,000 commercial and public sector drones expected to be in use by this date.

However, this also increases the risks of malicious use. The latest statistics show that there were 168 police recorded drone incidents in England and Wales in 2018, while 165 drones were recovered at prisons in 2016 and 2017.

Transport minister Baroness Vere said: “Unmanned aircraft, including drones, could transform how we move people and goods, boost our economy and even save lives. Unfortunately, they can be, and have been, used recklessly at airports and in our skies. The UK has been at the forefront in tackling the malicious use of unmanned aircraft. This new Counter-Drones Strategy, alongside existing and planned legislation, will let us tap into the benefits of this technology while helping keep people safe both in the air and on the ground.”

*the Air Traffic Management and Unmanned Aircraft Bill, announced in the Queen’s Speech, which will give police increased powers to tackle illegal drone use

*national guidance for police to assist them during malicious drone incidents

*the Government’s ongoing work with industry to research and test the latest counter drone equipment so that police across the country are able to respond to threats, in turn building on the work already done across Government

*over the next three years, work by the Government with partners to compile a catalogue of approved counter-drone technology to assure police and the owners and operators of Critical National Infrastructure sites that they’re investing in the most effective and appropriate technology

*from 30 November this year, every operator of a drone weighing more than 250 g will need to register with the Civil Aviation Authority and all remote pilots will have to have passed an online competency test

Like many emerging technologies, drones play an increasingly important role in business and there are currently more than 5,000 commercial users currently registered in the UK. They also provide an increasingly vital tool to assist the work of the Emergency Services.

The new Counter-Drones Strategy is underpinned by the Government’s desire to seize and develop the opportunities that the sector has to offer.