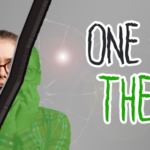 Action Fraud, the City of London Police, Cifas and Equifax have launched an identity fraud awareness campaign asking members of the public to consider how careful they are with their personal and financial details. A recent YouGov Survey commissioned by Equifax found that the UK’s population is failing to take basic steps like protecting passwords or installing anti-virus software in order to safeguard identities from criminals.

According to the 2016 Annual Fraud Indicator, identity fraud has been growing steadily over the past ten years. Indeed, it’s estimated that the cost to the UK of such fraud is now in the region of a substantial £5.4 billion. Figures show that identity fraud represents over half of all fraud occurrences recorded by Cifas members, with nine out of ten frauds perpetrated online.

In 2016 alone, 172,919 individuals reported episodes of identity fraud to Cifas.

The recent survey commissioned by Equifax has helped to reveal some of the public’s attitudes towards protecting their identity. The study found that 55% of those individuals surveyed access public Wi-Fi that’s not password-protected, while 40% of respondents don’t have anti-virus software installed on their devices. 27% of individuals use the same password for multiple accounts. 32% admit that they’re at risk of identity fraud because of their behaviour. 31% of respondents believe that the over-60s are most at risk of identity fraud.

These findings show that some UK citizens are still leaving their doors wide open to identity fraudsters. Now, the #AreYouOneofThem campaign is urging people to be more vigilant in protecting themselves from fraudsters.

City of London Police Commander Dave Clark, the National Police Co-ordinator for Economic Crime, explained: “The recent survey results have highlighted that we need to do more to protect ourselves from fraudsters. There’s a common misconception that only old people fall victim to fraud, but reports show that every age and demographic is affected. There’s no doubt that identity fraud is a growing problem, and this is precisely why we’ve launched the #AreYouOneofThem campaign. We want to draw people’s attention to identity fraud and highlight the risks they face when sharing their details online.”

Lisa Hardstaff, identity fraud expert at Equifax, stated: “How people manage and store their passwords for their online accounts is the first line of defence when it comes to keeping their personal information safe and secure from fraudsters. The fact that just under a third of respondents to the survey use the same passwords for multiple accounts, while slightly more admitted to writing them down, clearly demonstrates that people are being complacent and are of the belief their personal information will not be at risk. The majority also think it’s the over-60s that are most at risk of identity fraud, but the reality is that ID fraud is an indiscriminate crime affecting all ages in the UK irrespective of where people live or how much they earn. Everyone’s vulnerable, so everyone needs to be vigilant.”

Simon Dukes, CEO at Cifas, commented: “With nine out of ten identity frauds committed online, such fraud continues to be a significant threat. Our statistics show that all age groups are at risk, with younger people increasingly so. Therefore, we welcome this new campaign and urge everyone to take more responsibility in protecting their personal information and avoid making themselves an easy target for the identity fraudsters.”

Dukes concluded: “It isn’t just members of the public that need to be mindful of the threat. The survey also reveals that 52% of individuals wouldn’t be willing to share their personal details with organisations that have lost customer data. The fight against fraud is a collaborative effort. This finding should serve as a wake-up call to any organisation handling personal data. The consequences of not taking data security seriously can directly impact an organisation’s bottom line as well its reputation.”

Protect yourself from identity fraud

*Set your privacy settings across all the social media channels you use. Think twice before you share details – in particular your full date of birth, your address and contact details: all such information can be useful to fraudsters

*Password-protect your devices. Keep your passwords complex by picking three random words such as roverducklemon and add or split them with symbols, numbers and capitals (eg R0v3rDuckLemon!)

*Install anti-virus software on your laptop and any other personal devices and then keep it up-to-date. MoneySavingExpert has published a recommended list of the best free anti-virus software: www.moneysavingexpert.com/shopping/free-anti-virus-software

*Take care on public Wi-Fi networks: fraudsters hack them or mimic them. If you’re using such a network, avoid accessing sensitive apps such as mobile banking

*Download updates to your software when your device prompts you to do so: these updates often add enhanced security features

What to do if you’re a victim

Act fast if you think you’ve been a victim of identity fraud:

*If you receive any mail that seems suspicious or implies you have an account with the sender when you don’t, do not ignore it

*Obtain a copy of your credit report as it’s one of the first places you can spot if someone is misusing your personal information before you suffer any financial loss. Review every entry on your credit report and, if you see an account or even a credit search from a company that you don’t recognise, notify the credit reference agency. They all offer a free service to the victims of fraud

*Individuals or businesses who’ve fallen victim to identity fraud should report this to Action Fraud at: www.actionfraud.police.uk