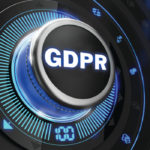 Over 160,000 data breach notifications have been reported across the 28 European Union Member States plus Norway, Iceland and Liechtenstein since the General Data Protection Regulation (GDPR) came into force on 25 May 2018. According to DLA Piper’s latest GDPR Data Breach Survey, data protection regulators have imposed £97 million in fines under the GDPR regime for a wide range of infringements, not just for data breaches.

France, Germany and Austria topped the rankings for the total value of GDPR fines imposed with just over €51 million, €24.5 million and €18 million respectively. The Netherlands, Germany and the UK topped the table for the number of data breaches notified to regulators with 40,647, 37,636 and 22,181 notifications each.

Weighting the results against country populations, the Netherlands again come top with 147.2 reported breaches per 100,000 people, up from 89.8 per 100,000 people last year, followed by Ireland and Denmark. From the 27 countries that provided data on breach notifications, the UK, Germany and France ranked thirteenth, eleventh and twenty third respectively on a reported fine per capita basis.

Italy, Romania and Greece reported the fewest number of breaches per capita. Italy, a country with a population of over 62 million people, only recorded 1,886 data breach notifications illustrating the cultural differences in approach to breach notification.

The highest GDPR fine to date was €50 million imposed by the French data protection regulator on Google for alleged infringements of the transparency principle and lack of valid consent, rather than for any data breach. Following two high profile data breaches, the Information Commissioner’s Office published two notices of intent to impose fines in July 2019 totalling £282 million, although neither of these were finalised as at the date of the report published by DLA Piper.

Issue driven into the open

Commenting on the report, Ross McKean (partner at DLA Piper specialising in cyber and data protection) said: “The GDPR has driven the issue of data breach well and truly into the open. The rate of breach notification has increased by over 12% compared to last year’s report and regulators have been busy road-testing their new powers to sanction and fine organisations. The total amount of fines of £97 million imposed to date is relatively low compared to the potential maximum fines that can be imposed under the GDPR, indicating that we’re still in the early days of enforcement. We expect to see momentum build with more multi-million Euro fines being imposed over the coming year as regulators ramp up their enforcement activity.”

Patrick Van Eecke, chair of DLA Piper’s international data protection practice, said: “The early GDPR fines raise many questions. Ask two different regulators how GDPR fines should be calculated and you will receive two different answers. We are years away from having legal certainty on this crucial question, but one thing is for certain: we can expect to see many more fines and appeals over the coming years.”

Tony Pepper, CEO of Egress, observed: “The recent GDPR Data Breach Survey by DLA Piper has revealed that over 160,000 data breach notifications have been reported across Europe, resulting in fines of up to £97 million GBP, since the legislation came into force in May 2018. In particular, the UK has seen an increase in reported data breaches (11,581) in the past year, putting us in third place behind Germany and The Netherlands.”

He continued: “Our own recent research, entitled ‘GDPR Compliance: Where Are We Now?’, found an ‘almost compliant is close enough’ attitude towards the GDPR in the UK, with less than half of decision-makers (48%, in fact) reporting that their business was fully compliant, indicating that the focus has waned in the past 12 months. Another concerning finding was that only 6% of organisations have taken action to avoid the full potential of the legislation. As the New Year commences, the DLA Piper study highlights the need for organisations to review the protections they’re putting in place around unstructured data, especially so within e-mails, meaning that if sensitive information falls into the wrong hands, the risks of it being exposed are mitigated.”

In conclusion, Pepper explained: “The GDPR demands compliance from businesses of all sizes. They need to take all of the necessary steps towards protecting data. This means adopting a comprehensive layered approach towards data security which enables end users to protect sensitive information in a simple and easy-to-use way. At a time when phishing and other cyber attacks are becoming much more prevalent, it has never been more important to analyse the best way in which to mitigate the risks of data breaches.”

*Not all Member States present within the European Economic Area make breach notification statistics publicly available. Indeed, many have only provided statistics for part of the period covered by DLA Piper’s report so the figures have been rounded up and, in some cases, extrapolated to provide best approximations. Similarly, not all GDPR fines are publicly reported