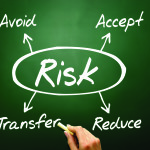 Almost nine-in-ten (87%) organisations have faced a disruptive incident involving third parties in the last three years, according to a new survey conducted by Deloitte, the professional services firm. Such incidents can include loss of data by a third party, or failure to deliver a service or product on time.

The Deloitte survey also highlights the increasing frequency and impact of these disruptions, illustrating the significant need for organisations to invest in better governance and risk management related to third parties.

Of the organisations surveyed, nearly all (94.3%) felt low-to-moderate levels of confidence in the tools and technology currently used to manage their third party risk, with similar sentiment expressed in supporting risk management processes (88.6%).

At the same time, 73.9% of respondents believe that third parties will play a highly important – or even critical – role in the year ahead. This figure is up from 60.3% a year or more earlier.

Kristian Park, partner and global head of third party governance and risk management at Deloitte, stated: “With reliance on third parties set to grow, now is the time to address the ‘execution gap’ between risk and readiness. The impact of third party incidents ranges from reputational damage, regulatory and data breaches through to actual lost revenue and future business. The increasing frequency of third party incidents, some of them high profile, has driven a shift in motivation among organisations to improve their risk management.”

Last year, Deloitte calculated that fines issued directly from third party failure have ranged from £1.3 million to £35 million, reaching £650 million for those firms operating internationally and subject to global regulation. As the market value of a company is impacted by such fines, shareholders could incur losses of up to ten times the fine, with an average share price drop in the region of 2.55%.

Park went on to state: “The good news is that third party risk management is starting to feature consistently in Board-level discussions. Our latest survey found that over half (51.1%) of respondents were united in their ambition to have integrated third party risk management systems in place in the year ahead. Rolling out common and unified standards remains a challenge as businesses are increasingly decentralised. Encouragingly, though, 86% of those surveyed have already started the process.”

The 2016 global survey on third party governance and risk management is based on the responses of over 170 senior members of management from a variety of organisations, the majority of which had annual revenues in excess of US$1 billion.