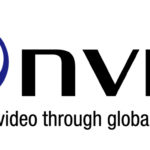 The inclusion of the ONVIF specification by the IEC – which is playing a significant role in the continued development of the Internet of Things by establishing interoperability between electronic devices – marks the second time that ONVIF specifications have become IEC global standards, paving the way for the further international adoption of ONVIF as part of myriad security projects.

“The IEC’s adoption of the ONVIF specification for access control is a real validation of ONVIF’s strength and scope,” said Per Björkdahl, chairman of the ONVIF Steering Committee. “It also reflects multi-industry, multi-discipline collaboration for increased interoperability, the importance of which is growing by the day.”

The IEC 60839-11 system and components requirements standard for alarm and electronic security systems will adopt the specification that ONVIF developed for access control monitoring based on web services. Scheduled for release this month, IEC 60839-11 specifies minimum functionality, performance and testing methods for electronic access control systems and components used for physical access.

The standard applies to electronic access control systems and components that are used in security applications for the granting of access and includes requirements for logging, identification and control of information. 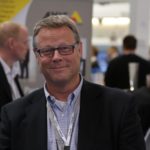 ONVIF specifications were previously included in the 2014 release of the IEC 62676 standard for video surveillance systems (the first international standard for video surveillance systems to be established). The ONVIF specification for video, itself based on web services, is referenced in IEC 62676 Part 2-3 which defines the video transmission protocols for communication between network video clients and video transmitter devices.

In addition to the IEC’s recent adoptions of ONVIF specifications, ONVIF plans to continue to support and collaborate with the IEC when it comes to developing future standards.

All IEC international standards are established based on consensus and represent the needs of key stakeholders of every nation participating in the IEC’s work.

Founded back in 2008, ONVIF now consists of nearly 500 member companies in six continents and represents more than 5,500 Profile-conformant products. With Profile S for streaming video, Profile G for recording and storage, Profile C for physical access control and the Release Candidates Profile A for access control configuration, as well as Profile Q for improved ‘out-of-the-box’ functionality, ONVIF continues to work with its member organisations on expanding the number of IP interoperability solutions that ONVIF-conformant products can provide.

*Further information concerning ONVIF’s conformant products (including details of vendors and conformant models) is available on the ONVIF website: www.onvif.org