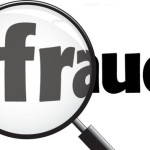 The latest BDO FraudTrack report shows that the total value of reported fraud in 2015 was £1.5 billion, representing an increase of 110% from the previous year and the highest value recorded since 2011.

The FraudTrack report, which examines reported fraud episodes over £50,000 in the UK, finds that the number of cases fell by 5.2%, with only 519 reported cases in 2015 compared to the previous year’s 546. The average value of fraud, meanwhile, has risen by 121% to £2.9 million, with some of the largest cases brought to court reaching over £250 million in value.

Perhaps unsurprisingly, financial services continues to be the sector attracting the highest level of fraud. The value of reported fraud in this sector more than doubled, from £238 million in 2014 to £567 million in 2015. 2015 saw a small number of very high value frauds which impacted the sector’s results, as the volume of fraud fell by more than 40% with 70 cases in 2015 (down from 119 cases recorded in 2014).

Third party fraud within financial services showed the largest increase in value year on year, with a £197 million uptick in reported fraud during 2015. £210 million of third party fraud reported within the sector included a fake invoices case, an investor con and a £142 million case where six businessmen were charged with conspiracy to commit fraud on broadband installation contracts against financial institutions.

The second biggest increase in the financial services sector was found to be in the realm of mortgage fraud. Despite the number of cases almost halving (from 24 in 2014 to 13 last year), the value of fraud almost tripled from £57 million to £151 million, due in large part to a £130 million mortgage fraud case uncovered in the North East.

The trend of reported cases falling against a rise in value continued with money laundering, which showed the third biggest change with a rise of £85 million in fraudulent cases from 2014 to 2015. Again, this was down to one large money laundering episode of £145 million involving a London-based Bureau de Change.

On a more positive note, the financial services sector witnessed a decline in employee fraud cases compared with 2014. The number of cases fell from 31 to 15, with the value also falling from £9 million to £4.5 million.

Kaley Crossthwaite – partner and head of fraud at BDO LLP and author of the latest FraudTrack report – commented: “While the value of financial services fraud would appear to have jumped sharply, the numbers have been skewed slightly due to a small number of very large cases. Stripping these ‘exceptional’ items out would show an apparent fall in volume and value year on year. Sadly, though, this isn’t the full picture. Increasingly, we’re seeing high value complex fraud being dealt with outside of the judicial system as companies prefer to confront these situations behind closed doors to avoid any reputational damage. Our experience would suggest that, in real terms, both volume and value continue to rise despite efforts by companies in the sector to strengthen their processes.”

In terms of fraud per location, London and the South East continues to grow as the ‘hotspot’ for reported fraud in the UK, with the value of fraud in this location increasing to £600 million in 2015 from £483 million in 2014 (and accounting for 40% of all fraud overall). However, while London and the South East remain at the top of the table, the most substantial increases on a regional footing are seen in the Midlands, Yorkshire and North East England.

Crossthwaite added: “As the financial capital of the UK, London has long been a hotbed for fraud and the 2015 data shows no sign of this trend abating. The most alarming findings are the very sharp increases in the level of fraud in both the Midlands and the North East. Tax fraud and money laundering in these regions have been the key drivers for this rise, led by a £262 million reported tax avoidance scheme in Birmingham designed to take advantage of Government breaks for the film industry.”

Prosecutions against non-corporates or individuals have continued to grow in 2015 having risen in both volume and value every year since 2012.

In 2015, there were 152 reported cases of fraud with a total value of £277 million (up from 96 cases totalling £101 million in 2014). An analysis of these frauds shows that the majority were committed against the elderly and the vulnerable.

The main driver for the increase in the value of fraud in the retail sector, which grew from £30.7 million in 2014 to £48.1 million in 2015, was due to one large money laundering case, whereby a gang used bogus clothing and textile companies to launder £35 million of drug money.

“The low number of reported cases in the retail sector is an indication that most fraud is dealt with in-house and not reported due to the reputational damage and, potentially, a further loss of profits as customers lose trust and security in the retailer holding their personal data,” suggested Crossthwaite.

Other sectors to have witnessed an increase in fraud during 2015 include:

The top five industries most susceptible to fraudulent activity are:

Kaley Crossthwaite went on to state: “Unfortunately, most fraud is committed by people in trusted positions which can make it difficult to pick up, but this leads to a great sense of betrayal when it inevitably does. We see so many instances of company and charity accountants, directors, senior employees, bank employees and secretaries defrauding their employers, customers or counterparts, often after many years of loyal service and usually to fund gambling habits or lavish lifestyles.”

Additionally, Crossthwaite said: “The good news is that most fraud is preventable. By ensuring that no single individual has unfettered access to, or responsibility over company accounts, and by conducting spot checks of business accounts and financial processes, it should be possible to create a system that removes those in positions of trust from temptation’s path.”

In conclusion, Crossthwaite told Risk UK: “From the corporate perspective, the old mantra that if an investment looks too good to be true it usually is has arguably never been more apt. Due diligence on companies and their staff should always be undertaken and cold calls treated with suspicion at all times.”