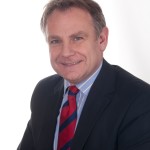 Retailers are continuing to cut or freeze security budgets, too often focusing on the lowest-priced provision or service provider rather than the RoI (Return on Investment) from loss prevention. That’s certainly one interpretation of the results of the Retail Crime Survey 2015 just issued by British Retail Consortium (BRC), asserts Simon Chapman.

The annual cost of retail crime soared to £613 million last year. This is the highest level since records began and represents a 2% increase on the cost to the industry from the previous year.

The average value of goods stolen jumped by over a third to £325 per incident (which is also a record). However, the total number of offences fell for the second year running, retailers say, to 750,144 incidents.

The high value of items stolen compared to the drop in incidents shows that criminal activity in the sector is increasingly well planned. Some 40% of crimes are attributed to gangs, often working in groups, stealing luxury goods such as designer clothing and ‘tech’ gadgets often to order.

The question has to be asked: ‘If the criminals are becoming smarter, why are retailers not responding with smarter, more effective counter measures?’

Time to be smart

Respondents to the retail survey – who account for 51% of the retail sector by turnover – pointed to the rise in the use of specialist equipment (such as de-taggers and foil-lined bags) by thieves to avoid detection.

We see from our own experience as consultants that criminals are much better organised. Gangs are specialising in specific types of crime. They operate nationally and even internationally, concentrating their attentions on a conurbation over the course of a few days or weeks, then moving on to another city before they can be apprehended.

This type of crime requires a high degree of security intelligence to counter it, both in-store and in shopping centres, but also centrally in order to manage and co-ordinate data nationally across multiple outlets, subsequently identifying patterns of behaviour and gang activity.

In truth, this is the only way in which to counter organised crime of this type. Otherwise, security staff protecting a location are unprepared and often not equipped to deal with the scale of the threat. By the time a given retailer’s senior managers are alert to the issue, the gang has probably done its work and moved on.

There are advances in security technology available to help meet the task – in terms of detection, identification and loss prevention – which are most effective when measures are co-ordinated and linked over the Internet to a central intelligence hub.

The use of experienced security operatives on the ground, in stores and shopping centres is essential to this, working in unison all the while with electronic detection.

Store detectives are critical to the process in terms of identifying and understanding what’s happening. They feed the data to the intelligence centre where effective countermeasures can be organised. This may include deploying security officers in rapid response. Close co-ordination with the police ensures a visible deterrence.

The criminal gangs cannot be stopped, but they can be deterred and forced to move on. This means ensuring that stores are so well protected in response to a defined threat that thieves feel the risk of detection and prosecution outweighs the potential rewards of criminality.

Looking at the overall impact of retail crime, the BRC states that the human cost has also grown. The data shows a 28% increase in offences involving abuse or violence against shop staff. This figure rises to 41 out of every 1,000 crimes committed, compared to 32 out of 1,000 crimes reported in the previous year.

There’s a financial as well as a human cost to this type of crime. This includes damage to the brand, the reputation of the business, staff morale and turnover (and perhaps in legal claims against the business for distress or injury).

Again, there are effective strategies to deter these threats. This may involve having extra security staff deployed to present a visible presence. Not every day, but at peak times of trading or on an ad hoc basis in response to those threats.

This requires retailers being ready to invest in central intelligence systems and well-trained and motivated security teams not selected simply on the basis of them being the cheapest solution.

The BRC report outlines that retailers invest almost £200 million in security and loss prevention each year, with an average spend of £3.1 million per retailer.

What matters is how effectively the budget is spent and the RoI. With the cost of retail crime rising, both the focus and allocation of that investment demands to be reviewed.

A combination of managed intelligence, technology and quality training consistently proves to be the best way to assure RoI, with skilled operatives and managers employing electronic systems to gather and use local and national data in a focused and proportionate response to both events and anticipated threats.

Rise of the CDO