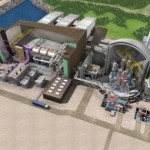 Risk management consultancy Corporate Risk Associates (CRA) has been playing a key role in providing safety and risk consulting expertise for the EPR nuclear power station design that’s scheduled to be built at Hinkley Point C (HPC) in the UK.

The company has embedded a number of team members at various locations in France to provide the hands-on support and development necessary to complete the project.

CRA CEO Jasbir Sidhu has travelled to the site to provide expertise for the development of the HVAC Safety Case for the HPC EPR, and also to offer valuable in-depth knowledge and expertise of UK nuclear reactors and UK safety regulations to aid the French design team.

Marinos Panayiotou, safety engineer at CRA who has been providing active support to the plant since last March, commented: “We’ve been heavily involved in PSA for the HPC EPR for the past few years now. This is down to recognition of our ability to think in an innovative way and deliver high standards of work.”

CRA plays a vital role in providing a UK context to the French EPR design to ensure that safety standards within the UK are met. Currently, another of the business’ PSA engineers, namely Josh Gordon, is based in Septen, Lyon to provide fault tree analysis around essential systems.

“We’ve played a key role in the design and construction of Hinkley Point C,” urged Jasbir Sidhu. “This is a notable achievement for the company.”

CRA specialises in providing safety, risk and reliability consultancy services to safety-critical industries including the nuclear, power, transportation and defence sectors. The company operates from five offices across the UK, located in Surrey, Gloucester, London, Newcastle and Warrington.

In 2016, CRA celebrates 15 years in business, in tandem announcing a new joint venture partnership and bold plans to develop work in new markets.

The company was formed in 2000, originally with only two founding staff members – Garry Cooksley and Jasbir Sidhu – and focused purely on the nuclear energy sector. It now boasts a team of 35.

A new collaboration with independent human factors consultancy Synergy is aimed at delivering “one of the strongest integrated safety, risk and human factors offerings” in the sector.

This announcement coincides with the newly-introduced Rail System Safety Division that will capitalise on emerging opportunities in this buoyant industry sector.

The company harbours what it believes is one of the highest ratio of female-to-male STEM graduates in the industry, with 20% of its headcount occupied by female STEM employees. This is also coupled with ongoing PhD/MSc study programmes at both Imperial College London and Manchester University.

CRA was recently shortlisted for two accolades at the prestigious annual CIR Risk Management Awards, having been awarded the title of Risk Management Specialist Company of the Year at the previous year’s ceremony.

Importantly, the business also hosts its own event – the ever-popular CRA Risk Forum – which is now in its seventh year of operation.