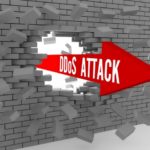 During 2015, 73% of organisations across the globe experienced a DDoS attack, with 45% of those businesses reporting the installation of a virus or malware, according to a new study just published by Neustar.

This is perhaps a sign that attackers are interested in causing ongoing harm, with 82% of those attacked stating they were then attacked repeatedly. For nearly half of respondents this was more than six times, a fact that should serve as a wake-up call for every organisation boasting a digital presence.

With the bombardment fairly constant throughout 2015, it’s no longer a matter of ‘If?’ or ‘When?’ attacks might happen, but how often and how long an attack episode will last.

‘The Threatscape Widens: DDoS Aggression and the Evolution of IoT Risks’ Report highlights that exactly half of organisations would lose at least $100,000 per hour in a peak-time, DDoS-related outage (a third would lose more than $250,000 per hour).

No less than 42% of companies questioned needed at least three hours to detect that they were under DDoS attack.

Although revenue loss caused by a DDoS-related outage is usually the main concern, 57% of all breaches involved some sort of theft (including that of intellectual property and customer data as well as financial information).

The frequency and impact of these attacks serves as a good indication as to why business continuity professionals are worried about them, with cyber attacks and data breaches topping the list of threats organisations face in the latest Horizon Scan Report produced by the Business Continuity Institute. 85% and 80% respectively expressed concern about the prospect of these threats materialising at some juncture and disrupting the host company.

Faced with this ongoing onslaught, the report demonstrates that increasingly DDoS-defence savvy organisations are now arming themselves accordingly. 76% of companies are investing more funding in the area of DDoS protection than in 2014, while 47% of the attacked organisations are participating in dedicated Security Consortiums in a specific bid to share information on threats and countermeasures.

“The findings of our most recent report are pretty clear,” stated Rodney Joffe, head of IT security research at Neustar. “Attacks are unrelenting around the world, but organisations are now recognising DDoS attacks for what they are – an institutionalised weapon of cyber warfare – and protecting themselves.”

Joffe continued: “We present the data from our third DDoS survey as a means to inform the public of the dangers associated with DDoS attacks, and advance a conversation about the importance of multi-layered cyber security. This should be a discourse that reaches from security through to marketing. It has to, because when a DDoS attack hits, the reverberations are felt like a domino effect throughout all departments in a business.”