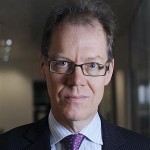 Information Commissioner Christopher Graham has reiterated his call for stronger sentencing powers to be imposed on those people convicted of stealing personal data. The comments come as an employee of a car rental company was sentenced for stealing customer information that accident claims companies could use to make nuisance calls.

Nagra was an administrative assistant at Enterprise Rent-A-Car, and directly responsible for processing customer details sent to the car rental firm by an insurance company. The details involved – typically of people who had been involved in road traffic collisions – included information on policyholders as well as that pertaining to their particular insurance claim.

Enterprise Rent-A-Car contacted the ICO after its systems identified Nagra was looking at a large number of records, including many that she would not have been expected to process.

An investigation found that Nagra, who worked from home, had been photographing the records while they were on her computer screen. It was discovered she had then sold copies of 28,000 records, in turn receiving £5,000 in cash.

Nagra pleaded guilty to unlawfully obtaining, disclosing and selling personal data. This is deemed a criminal offence under Section 55 of the Data Protection Act. Courts of Law can issue unlimited fines for such an offence, but not custodial sentences.

Speaking about the Nagra case, Graham explained: “This fine highlights the limited options the courts have. Sindy Nagra received £5,000 in cash in return for stealing thousands of people’s information. She lost her job when she was caught, and has no money to pay a fine. The courts have to reflect that, but we’d like to see the courts given more options such as suspended sentences, community service and even prison sentences in the most serious of cases.”

Graham added: “With so much concern about the security of data, it’s more important than ever that the courts have at their disposal more effective deterrent penalties than just fines. People who break the criminal law by trading in other people’s personal information need to know that they will be severely punished and could even go to prison. We’ve been pushing for this for some time now. Parliament voted for it to happen more than seven years ago, but this subject remains on a Westminster backburner. It’s high time that situation changed.”

The records were bought by Iheanyi Ihediwa, 39, from Manchester, who Nagra claimed had been introduced to her after he approached her husband in a pub.

Ihediwa appeared before Manchester Magistrates’ Court on 17 December, where he also pleaded guilty to Section 55 offences. Ihediwa was fined a total of £1,000, ordered to pay prosecution costs of £864.40 and a victim surcharge.

There was also a destruction order made in respect of any data held by the defendant.