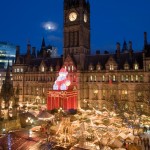 Showsec has secured a golden opportunity to help Manchester enhance its reputation for being a vibrant city by extending the company’s long association with the local authority.

The crowd management and event security specialist will continue to feature prominently in the delivery of major public events organised by Manchester City Council, while a new two-year contract now also involves the provision of taxi marshalling services in the city centre.

The world-famous Christmas Markets, which have once again transformed Manchester into a festive wonderland at this time of the year, are among the many highlights of a packed calendar of events which Showsec will help to deliver as part of the new agreement.

Such a long association with the events and marketing team at Manchester City Council has underpinned the development of the company’s operation in and around the city.

“We take great pride in the part we’ve played in enhancing Manchester’s reputation for staging fantastic public events throughout the course of the year,” commented Tom Bailey, Showsec’s area manager for central Manchester. “We’re delighted to have been awarded this opportunity to build upon an association with the Council which stretches back for many years.”

Bailey continued: “The work we’ve undertaken for the Council in that time across a diverse range of events has been a key factor in the development of Showsec’s Manchester operation. This new agreement presents us with the opportunity to extend that even further through taxi marshalling services. We’ve demonstrated that we have the wealth of experience and in-depth knowledge to successfully deliver stewarding and crowd management operations for many City Council projects, all with the aim of creating the ultimate experience for members of the public.”

Security for the Christmas Markets

Commenting specifically on Manchester’s festive period, Bailey explained: “The Christmas Markets demand a great commitment which involves us providing 24-hour cover throughout a six-week period to ensure that they live up to their reputation for being the best in the UK and one of the best in Europe, but there are many more celebrations and cultural events throughout the year which make Manchester such a vibrant city, and indeed such a popular destination for visitors. While safety and security are, of course, of paramount importance, we place great emphasis on customer service. Our staff are comprehensively trained to interact with the diverse audiences.”

While the Christmas Markets are currently providing a spectacular build-up to the festive season, other occasions in Manchester during the year include the Chinese New Year, the Irish Parade and Festival, the St George’s Day Parade, the Christmas Lights Switch-On and the New Year’s Eve Firework Display.

In recent times, Showsec has also worked with the City Council on the staging of homecoming parades for both Manchester City FC and Manchester United FC to celebrate the clubs winning trophies, security around Fanzone Areas for major sporting occasions, the Olympic Torch Relay in 2012, athletics events held in the streets of the city and the annual Sky Ride for cyclists.

EIU-BSI Study: “Only 29% of CEOs believe their organisation has the resilience practices in place to succeed”