5G: The Need for Next Generation Security to Combat Cyber Threats 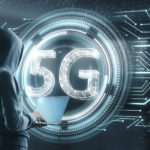 Rest assured that 5G is coming. It promises to be faster with less latency and better support for applications such as the Internet of Things (IoT) than any of its predecessors, asserts Gunter Reiss. It will be strikingly faster than 4G, and this will be particularly obvious when downloading or streaming media. On average, 4G has a maximum download speed of 300 Mbps, though this fluctuates depending on location and the network.

More than 50 mobile operators will have launched 5G commercial services by the end of 2019, with the Koreans having been the 5G trailblazers over the past 18months. SKT, KT and LGU+ have rolled out more than 82,000 5G radio base stations across Korea. The availability of new 5G handsets has allowed them to see 5G adoption grow to 1 million subscribers within less than three months.

In terms of latency, 4G networks currently run at around 50 milliseconds, while 5G will have a latency of only one millisecond. That’s around 50 times more than current 4G networks.

In a recent study entitled ‘Securing the Future of a Smart World’ that we conducted in partnership with the Business Performance Innovation Network, we surveyed mobile service providers’ views on 5G. 67% of the respondents said that they will deploy their first commercial 5G network within 18 months and another 20% within two years.

Nearly all (94%) expect growth in network traffic, connected devices and mission-critical IoT use cases to significantly increase security and reliability concerns for 5G networks. Around four-in-five (79%) organisations said 5G is a consideration when it comes to current security investments.

The industry recognises that 5G will dramatically raise the stakes for ensuring the security and reliability of these networks.

The key to the uptake of the technology will be security. As with all new technologies, hackers will be looking to use it to carry out attacks. With the advent of 5G, there are going to be more attacks (and bigger ones at that). These will most likely come from IoT devices or smart phones.

The economics of DDoS mitigation and attacks are very much geared towards the attackers now, so there’s a need for more efficient tools and advanced technologies to combat attacks at a more economic level.

A lot of extra security has been put into 5G, but as the bandwidth has increased and the latency has decreased, it’s down to the industry to provide protection for these networks to prevent attacks such as DDoS from taking place. These are the main security concerns for the industry. In our survey, 63% thought that advanced DDoS protection is the most important security capability needed for 5G networks, while 98% of respondents said core network security was either very important (72%) or important (26%) in 5G build-outs.

To better protect these ultra-fast networks, Artificial Intelligence (AI) and machine learning are necessary to make those quick decisions that mean the difference as to whether or not a cyber attack is successful. Current solutions are static and reactive and require significant operator intervention, in turn resulting in a slow response time. 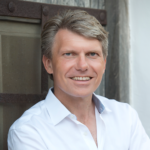 In light of 5G latencies that are measured in milliseconds, the only way in which to realistically deal with an attack is by applying AI and machine learning capabilities and using algorithms that can learn very quickly.

Without AI to combat ever-more complex and speedier cyber attacks, it will be difficult – if not impossible – to safely deploy technologies such as autonomous cars and remote surgery. Real-time application use cases will not happen without a network that’s properly secured in real-time.

Over the next five years, we will see tremendous growth in 5G adoption on a global basis. In fact, according to a recent forecast by the GSMA, more than 1.4 billion connections will be on 5G by 2025. The majority of commercial 5G networks will be deployed as non-standalone 5G and a smaller percentage will leverage the standalone 5G architecture and services in the coming years.

5G has a tremendous opportunity to disrupt every single vertical industry in the next five-to-ten years.

Gunter Reiss is Vice-President of Strategy at A10 Networks