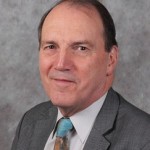 On the 10th Anniversary of the Freedom of Information Act, Justice Minister Simon Hughes has hailed the legislation as ‘a triumph for transparency’ while also revealing that more than 400,000 information requests have been made since 1 January 2005.

The volume of requests made to monitored central Government bodies has risen steadily since 2007 to the point where almost 1,000 such requests are now received every week.

The Freedom of Information Act has seen some ground-breaking release of data that has greatly informed public debate and understanding of how public services are performing. The Act has also led to a greater culture of transparency. For example, information relating to those public sector salaries higher than £150,000 was first released under Freedom of Information but is now routinely published.

An incredible £50,000 spent on dealing with hoax calls to the emergency services in the East Midlands and the antics of a 99-year-old man who was arrested on suspicion of burglary in the West Country are among examples of other information revealed by the Act.

The current Government has built on the success of the Act by extending Freedom of Information to more than 100 new organisations as part of its ongoing commitment to transparency.

“The Freedom of Information Act has been a triumph for transparency,” asserted Simon Hughes, “and this Government has built on its continued success by extending its reach. Freedom of Information is not only about the high profile, headline-making releases of information but also the right of the individual to find out about the issues that matter to them. It’s a fundamental right of all citizens to be able to hold their Government to account and that’s why transparency is vital.”

Since 2010, Freedom of Information has been extended to cover academies, companies wholly owned by more than one public authority, the Association of Chief Police Officers, the Universities and Colleges Admissions Service and the Financial Ombudsman Service.

The Government has also announced that the Act will be further extended in 2015 to encompass Network Rail.

Hughes concluded: “This Government has reduced the point at which historic records are made available at the National Archives and other places of deposit from 30 to 20 years. The latest publication in this phased transition was made on 30 December, featuring files from 1985 and 1986.”

Writing on the organisation’s website, Information Commissioner Christopher Graham has commented on the 10th Anniversary of the Act. “It’s a good time to consider some of the key cases in the law’s evolution,” said Graham, “and what they tell us about how far we’ve come along the transparency road.”

Graham has selected five cases out of more 7,000 Information Commissioner’s Office (ICO) decision notices. “Some of the decisions would be unremarkable if made today,” explained the Information Commissioner, “but that’s exactly why they were so important. They marked changes in approach that have increased transparency for good.” 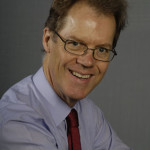 Graham continued: “They also highlight an interesting point about the impact of the Act over time. As we ruled that information should be released, so public authorities started to publish such information on a proactive basis. That’s clearly a positive result.”

The Information Commissioner added: “Our Mission Statement includes ‘promoting openness by public bodies’. Ten years of the Freedom of Information Act has shown us how proactive transparency serves the public better than merely relying on the request process on its own.”

Two of the five cases that Graham has chosen to highlight are as follows:

“In June 2011, we ruled that the salaries of 24 public sector workers earning over £150,000 should be released. This followed a Freedom of Information request to the Cabinet Office. Our view was that it was in the public interest to disclose these figures due to the high level of public debate surrounding the austerity measures facing the public sector. This overrode the argument that this was purely personal information.

“Not only did the decision set the precedent for public authorities pro-actively publishing the salaries of senior officials, but it also demonstrated two of the key purposes of the Freedom of Information Act: letting the public know how money was being spent in their name and enhancing the accountability of senior officials.

“It was a similar story with the MPs’ expenses scandal in 2009. That began with a number of Freedom of Information requests from journalists and others made to the House of Commons authorities who refused to give out more information than they had already published. The ICO ordered partial disclosure while a tribunal ordered more disclosure, although in the end even more details were leaked. This case led to a complete overhaul of the Westminster expenses system. A high degree of transparency is now built-in to the process.”

“Some people fret that Freedom of Information has made decision-making in Government more difficult because people will not say what they really think, but there are legitimate exemptions from disclosure under the Act which the record shows the ICO respects.

“Take the case of the London 2012 Olympic Games bid. Discussions at a Cabinet meeting back in 2003 about the potential staging of the Olympics were the subject of a Freedom of Information request which led to a complaint to the ICO. The Cabinet Office had turned down the request as it felt that there should be a ‘safe space’ for developing Government policy and ministerial communications. We agreed, despite the public’s likely interest in what was said at the meeting.

“It remains important for ministers to be able to hold discussions in private. It’s also important to remember that just because information would be of interest to the public doesn’t mean that disclosing it is necessarily in the public interest.”