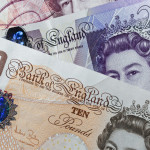 UK businesses typically lose around 5.6% of their total expenditures to fraud

Research results published by counter fraud specialists indicate that UK businesses typically lose around 5.6% of their total expenditures to fraud. The £103 billion figure is equivalent to 75% of those businesses’ total profits.

PKF Littlejohn partnered with the Centre for Counter Fraud Studies at the University of Portsmouth to produce the new report entitled ‘Countering Fraud for Competitive Advantage’, the findings of which are based on a detailed analysis of 1,709 FTSE companies with a turnover of £1.84 trillion.

The study focuses on the cost of fraud episodes to Britain’s FTSE-listed companies for 2013-2014 (the latest year for which data is available), and warns that only 1/30th of fraud is detected. Typically, it’s the attention-grabbing episodes not typical of most frauds**.

The report focuses on total fraud (not just detected fraud) which, despite those headline-grabbing cases, is typically systematic, low value and high volume in nature.

*Reducing fraud by 40% (as has been achieved elsewhere) would effectively increase the pre-tax profitability of these companies by £35 billion – ie over 22%. In Section 2 of the report there are examples of companies achieving such substantial savings through taking sustained steps to make the perpetration of fraud against them much harder

A summary of 85 of the FTSE 100 listed companies for which data was available for 2013-2014 shows that those businesses which were profitable had: 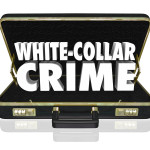 *Fraud losses totalling £67.75 billion (equivalent to 54% of the total pre-tax profits of these companies)

In addition, a summary of 182 of the FTSE 250 listed companies for which data was available for 2013-2014 shows that those which were profitable exhibited:

*Fraud losses of £12.2 billion (equivalent to 59% of the total pre-tax profits of these companies)

Jim Gee, co-author of the report and head of the Forensic and Counter Fraud Services Division at chartered accountant and counter fraud specialist PKF Littlejohn, explained: “It’s now recognised that the total cost of fraud can be accurately measured and that, because of this, it may now be managed and minimised like any other cost.” 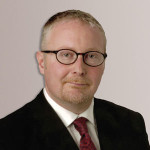 Gee continued: “Most fraud is high volume and low value in nature. On that basis, it’s difficult to detect and also expensive to investigate. Companies which have successfully reduced the cost of fraud have focused on pre-empting it. They’ve cultivated stronger anti-fraud cultures and more effective deterrence, in turn preventing fraud by designing weaknesses out of both processes and systems. Our report shows that a real competitive advantage can be gained from taking such an approach.”

Emboldening that theme, Gee stated: “This is important because fraud has increased in recent times. There are many factors contributing to that upsurge, including the impact of the recession on incomes and heightened opportunities through the cyber world. Other factors are also important, such as reduced adherence to collective moral and ethical norms and the increasing pace of business life being unmatched by related developments around controls.”

Professor Mark Button (director of the Centre for Counter Fraud Studies at the University of Portsmouth) outlined: “Fraud represents a significant hidden cost for many organisations and, if average levels are experienced, this report shows the significant increase in profits from which companies could benefit if they invest in appropriate measures designed to reduce it.”

*Copies of ‘Countering Fraud for Competitive Advantage’ are available at: www.pkf-littlejohn.com/counteringfraudforcompetitiveadvantage2015.php

**How is ‘undetected fraud’ measured if it isn’t identified? Research by Jim Gee’s team and others over the years has looked at the costs of numerous items of business expenditure, comparing what businesses should and actually did pay. This allows an accurate estimate of increased costs caused by fraud