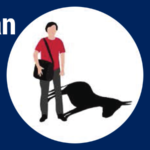 Law enforcement authorities from 26 countries, supported by Europol, Eurojust and the European Banking Federation, joined forces in the third co-ordinated global action against money muling for the European Money Mule Action (EMMA3). During the week beginning 20 November, 159 individuals were arrested across Europe, 409 people were interviewed by law enforcement authorities and 766 money mules identified.

EMMA3 has evolved from previous editions of the initiative towards targeting not only the money mules themselves, but also the money mules’ organisers. This resulted in 59 recruiters/organisers being identified.

Money mules are recruited by criminal organisations as money laundering intermediaries to receive and transfer illegally obtained funds between bank accounts and/or countries. This illicit money muling helps to fund other forms of organised crime, such as drug dealing, human trafficking and online fraud.

With the support of 257 banks and private sector partners, 1,719 money mule transactions were reported, with total losses amounting to almost EUR 31 million. Among those money mule transactions, more than 90% were linked to cyber-related crimes, such as phishing, online auction fraud, business e-mail compromise and CEO fraud.

For the first time, romance scams and holiday fraud (ie booking fraud) were reported by law enforcement authorities. Also, the increasing role of cryptocurrency (ie Bitcoin) transactions was identified in the money laundering schemes used by the criminals.

The third EMMA action week marks the continuation of a project conducted under the umbrella of the EMPACT Cyber Crime Payment Fraud Operational Action Plan designed to combat online and payment card fraud. It was led by the Netherlands. Building on the success of the first and second EMMA operations, EMMA3 saw the participation of law enforcement authorities from the UK, Australia, Austria, Belgium, Bulgaria, Croatia, the Czech Republic, Denmark, Finland, France, Germany, Greece, Hungary, Italy, Latvia, Moldova, the Netherlands, Poland, Portugal, Romania, Serbia, Slovenia, Spain, Sweden, Switzerland and both the FBI and the Secret Service in the US.

Europol and Eurojust organised various operational and co-ordination meetings in The Hague to discuss the unique approach of each Member State towards tackling money muling. During the action week, both agencies supported the operations by setting up a command post at Europol and a judicial co-ordination centre at Eurojust to assist the national authorities. This allowed for real-time cross-checks to be made against Europol’s databases of the data gathered during the actions and intelligence gathering for further analysis, as well as swift forwarding and facilitation of the execution of European Investigation Orders.

Criminals often dupe innocent victims into laundering money on their behalf with the promise of easy money by using seemingly legitimate job adverts, online posts, social media and other methods. Newcomers to a country, the unemployed, students and people in economic hardship often feature among the most susceptible to this crime.

Even if money mules act unwittingly, they’re committing a crime by laundering the illicit proceeds of criminality. Depending on the country’s legal framework, they can face a prison sentence, fine or community service, not to mention the prospect of never again being able to secure a mortgage or open a bank account.

To raise awareness of these crime schemes among the public, a joint money muling awareness campaign has been initiated. With awareness-raising material available for download in 19 languages, the campaign aims to inform the public about how these criminals operate, how they can protect themselves and what to do if they become a victim.