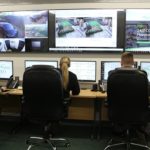 CCTV operators in most UK Monitoring Centres are working long hours which can prove detrimental to their performance and reduce the effectiveness of their clients’ video security systems. The cumulative effect of regular 12-hour shifts can have a negative health impact as well. That’s the view of Kerry Jones, co-founder and director of Wigan-based independent Monitoring Centre Professional Surveillance Management, the first remote monitoring CCTV Control Room company to achieve the ‘Secured by Design’ police-preferred specification. Importantly, the business also holds the prestigious Gold accreditation from the National Security Inspectorate.

“It’s traditional and commonplace for CCTV security operators to work 12-hour shifts,” Jones asserted in conversation with Risk Xtra. “They’re usually organised in ‘four days on, four off’ patterns. At the end of a single 12-hour shift it’s pretty normal to feel fatigued and unable to focus. That’s the way the human brain works.”

Jones continued: “During a 12-hour shift, the fatigue tends to kick-in during that stretch between nine and 12 hours. For a CCTV operator in a Monitoring Centre that can be dangerous, because a continual focus on and great attention to the information presented to them is the job. If we miss a criminal incident because of fatigue, that means the security system the client is reliant upon isn’t working. The operator is the link between the technology and the police. They are a key component of the whole system.”

Jones is backed up in her assertions by Government guidance on designing CCTV Control Rooms. ‘Human Factors in CCTV Control Rooms: A Best Practice Guide’, a publication produced by the Centre for the Protection of National Infrastructure, states: “12-hour shifts, although common in many settings, may represent a greater risk to health and performance than eight-hour shifts in terms of higher perceptions of workload, fatigue and stress, the risk of more errors and accidents and higher health risks.”

In addition, the document states: “Research confirms that the interruption of circadian rhythms (the 24-hour natural bodily cycle) by shift work can have a negative impact on both general well-being and physical health (short and long term), as well as on performance due to general fatigue (ie an increased likelihood of errors). Shift patterns are often designed to meet commercial and operational requirements, but serious consideration should be given to minimising the negative effects on health and well-being by the use of appropriate shift patterns.” 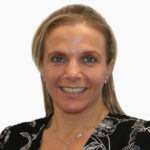 Jones observed: “At Professional Surveillance Management, we don’t want an operator working for more than nine hours in any shift. The majority of our shifts cover seven or eight hours, and our operators never work more than four in a row. That means there’s an average of three or four days between each batch of shifts.”

The idea, according to Jones, is to avoid running staff into the ground, and that in turn makes the company more efficient and effective in the service of its clients.

“We don’t overstretch,” emphasised Jones. “That’s reflected in our results. We’ve never missed a single criminal incident. We have a 100% success rate because we have brilliant staff. I’m convinced that the way in which our shifts work is a significant contributing factor here.”

At Professional Surveillance Management there’s a genuine belief in the benefits this approach offers for all. In fact, the business is so confident in its service offer that it’s inviting security professionals to try its monitoring services for free across a 30-day period with no contractual obligations.

“We’re a personalised service,” concluded Jones. “We care about the people who work for us, and we care about our clients. Our approach to shifts allows us to serve our clients better, so there’s an operational and commercial advantage as well. This is an important issue. It’s one we think should be discussed more often in the industry.”

Head of Counter-Terrorism Policing encourages Editors to “build a partnership”