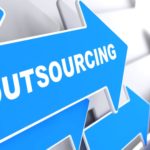 Over the course of the last three years, one-in-three UK companies have experienced either major disruption or complete failure due to the actions of outsourced solution providers. That’s according to the results of an extensive survey* on third party management conducted by Deloitte, the business advisory firm.

This latest survey, which is designed to assess third party governance and risk management, finds that just 11% of UK companies feel equipped to deal with such failures during times of uncertainty. The global survey, which included the responses of 107 UK companies across all sectors, also discovers that the UK had one of the highest dependencies on outsourced partners, with a result of 80%.

Kristian Park, global extended enterprise risk management partner at Deloitte, commented: “This year’s survey results demonstrate that third parties are increasingly relied upon. It’s a trend that’s likely to increase. Unfortunately, management processes and technology supporting the oversight of these relationships are not keeping up, in turn creating an ‘execution gap’.”

Park continued: “While there’s clear organisational commitment to address this issue, it’s not being matched by the right skills, processes and technology to achieve the intended results. Both political and economic uncertainty has slowed investment and subsequent progress. There’s now greater appreciation of the related risks.” 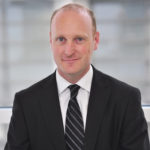 “We predict 2017 and 2018 as being the years when people will make significant strides in addressing this issue,” added Park. “However, it will be mostly dependent on the priorities set by individual companies. In the current climate, some will be focusing on issues such as where they’ll continue to be located, or assessing talent models, particularly so during the two-year timeframe in which the UK intends to depart from the European Union.”

Deloitte recently calculated that third party failure could cause shareholder losses of an average 2.55% or up to ten times the regulatory fine. Historically, this figure has ranged from £1.3 million to £35 million, attaining a level of £650 million for internationally-operating firms subject to global regulation.

*The Deloitte survey is based on 536 responses, of which 107 are UK based, reflecting the views of senior leaders responsible for governance and risk management of the extended enterprise of their organisations. Survey respondents came from a variety of organisations across all eight major industry segments and from 11 countries across the Americas, Europe, the Middle East and Africa and the Asia Pacific regions. The survey responses were collected after the results of the UK’s EU Referendum vote results were announced and during the recent US Presidential Election process