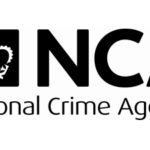 The National Crime Agency (NCA) has been granted Account Freezing Orders (AFOs) on eight bank accounts containing a total of more than £100 million which is suspected to have been derived from bribery and corruption in an overseas nation. The AFOs were obtained at Westminster Magistrates Court on Monday 12 August and represent the largest amount of money frozen using AFOs since the mechanism was first introduced under the Criminal Finances Act 2017.

The AFOs will allow the NCA to further investigate the funds involved. If they’re found to be derived from – or intended for use in – any unlawful conduct, the NCA will seek to recover the money.

Approximately £20 million held by a linked individual was frozen following a hearing in December last year.

Earlier this year, and in unrelated cases, the NCA secured an Account Forfeiture Order against more than £400,000 held in frozen bank accounts belonging to a Moldovan national. Another such order was granted on money held in an account belonging to the niece of Syrian ruler Bashar al-Assad.

The NCA’s Ben Russell, deputy director of the National Economic Crime Centre, explained: “The National Economic Crime Centre leads UK law enforcement efforts to tackle illicit finance, bringing the capabilities of multiple agencies together against the threat. In the last year, the NCA has used new powers such as Unexplained Wealth Orders and Account Freezing Orders to target suspected illicit assets. We’re already seeing some far-reaching impacts of this activity.”

Syedur Rahman, legal director at Rahman Ravelli, observed: “It certainly seems as if the NCA is taking greater advantage of AFOs than any of the other enforcement agencies. The AFO is likely to soon become a tool that will be used regularly by all the enforcement agencies, which makes the possibility of more headline-grabbing activity more likely. We can expect to see more AFOs and on a bigger scale.”

Rahman continued: “This is a tool available to any enforcement agency provided they meet the definition of an enforcement officer under Section 303Z1 (6) of the Act and it’s authorised by a senior officer. The test to show that the frozen accounts are as a result of unlawful conduct is ‘on the balance of probabilities’ and is heard before the Magistrates Court. This is attractive to enforcement agencies as it’s less burdensome than initiating criminal proceedings before the Crown Court. It’s easier than obtaining a Property Freezing Order from the High Court in civil recovery cases, for example. This is likely to become an increasingly common occurrence.”