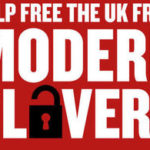 Efforts to uncover the true scale of modern slavery, expose more trafficking networks and better inform action aimed at stamping out these crimes have been boosted following news of the Government’s investment of £10 million to create a cutting-edge Policy and Evidence Centre for Modern Slavery and Human Rights.

The new Modern Slavery Research Centre, funded by the UK Research and Innovation (UKRI) Strategic Priorities Fund and led by UKRI’s Arts and Humanities Research Council, will bring together academics, businesses and charities to drive forward new studies, share knowledge and improve collaboration both at home and overseas in order to further strengthen our response.

The announcement comes as the Government publishes its response to the Independent Review of the Modern Slavery Act and launches a consultation on strengthening and improving transparency in supply chains legislation. The independent review, which was published on 22 May, praised the “groundbreaking” Modern Slavery Act and made a number of recommendations to enhance the effectiveness of the act.

Prime Minister Theresa May said: “More than 100 years ago the world condemned slavery to the history books, but the stark reality for around 40 million men, women and children is that they’re still trapped in modern slavery. As both Home Secretary and Prime Minister I have endeavoured to shine a light on this hidden crime, to speak out for victims and put modern slavery firmly on the domestic and international agenda. There is much we can be proud of in our progress so far, but we need to accelerate our efforts, better share knowledge and build on our expertise. That’s why we commissioned an Independent Review of the Modern Slavery Act to ensure our laws are keeping pace with the rapidly evolving nature of these crimes, and why I’m pleased to support new and innovative research to inform global efforts to end this barbaric crime by 2030.”

Representing UKRI, Professor Andrew Thompson (executive chair of the Arts and Humanities Research Council) responded: “The Modern Slavery Policy and Evidence Centre will bring together researchers, policy-makers, non-Governmental organisations), businesses and victims on a scale not seen before. The Evidence Centre will seek out solutions to this dehumanising and abhorrent crime by mobilising world-class research from the arts, humanities, social sciences and beyond. It will provide new independent and impartial insight and analysis into the causes and consequences of modern slavery, speaking to questions of prevention, enforcement, supply chains, victims’ recovery and survivor needs.”

Following the Independent Review of the Modern Slavery Act, the Home Office will now consult on proposals to enhance transparency and drive compliance with the legislation, which requires businesses to publish a statement setting out what they’re doing to tackle modern slavery and forced labour in their supply chains here in the UK and overseas. The consultation also seeks views on proposals to expand the law to cover the public sector and its vast purchasing power.

As part of this work, the Home Office has written directly to 17,000 organisations in scope of the legislation and it’s estimated that, to date, 60% of in-scope organisations have published a statement. Those that do not comply risk being publicly named following an audit of companies. The new consultation will consider further enforcement of the Act, including the possibility of a new civil penalty scheme.

The news comes just days after the UK’s largest modern slavery prosecution, which saw traffickers jailed for between four-and-a-half years and 11 years.

Home Secretary Sajid Javid said: “Modern slavery is a sickening form of inhumane exploitation that has absolutely no place in society. Our world-leading Modern Slavery Act is tackling this hidden crime head-on and we’re now taking decisive steps to strengthen it further, ensuring victims are protected and perpetrators are brought to justice.”

On 9 July, the Prime Minister hosted a dinner in Downing Street on modern slavery, bringing together leaders in the field including Cindy McCain, chair of the McCain Institute for International Leadership which works to combat modern slavery. This follows the Prime Minister’s award from the McCain Institute in October 2018 for her international leadership on modern slavery. Victoria Atkins, Minister for Crime, Safeguarding and Vulnerability, also attended the discussions designed to strengthen and prioritise our response.

Cindy McCain commented: “The Prime Minister has been an advocate for change and a force for good in the global fight against trafficking. We’re lucky to have her on our side and count her as a partner in our efforts. She was vital in the passage of the Modern Slavery Act and has been a leading voice in signalling to all that Governments, together with their non-profit partners, can and must take the lead on combating this heinous global crime. I look forward to continuing to tackle the scourge of trafficking with her.”