Charities in England and Wales can now bid for a share of a £1 million Home Office fund set aside to help steer young people away from gangs and violent crime. The successful community groups will receive up to £30,000 each to help support the vital work they do in educating young people about the dangers of carrying weapons.

Last year, hundreds of charities bid from an initial £765,000 worth of funding. By investing a further £1 million this year in early intervention initiatives, the Home Office will provide critical support to local communities to help tackle knife crime. This additional funding forms just one of over 60 measures announced in the Serious Violence Strategy which stresses the importance of early intervention to tackle the root causes of serious violence, backed with £40 million of Home Office funding.

Victoria Atkins, Minister for Crime, Safeguarding and Vulnerability, explained: “I have seen the fantastic work charities have delivered with the community fund and I’m thrilled the next round will allow us to build on these successes. Knife crime has devastating consequences for families and local communities and we are determined to provide necessary support for those most at risk. Our Serious Violence Strategy places a new emphasis on early intervention and steering young people away from crime in the first place.”

Already, 47 charities across the country have benefited from the Community Fund, including the London-based Ben Kinsella Trust and the Coventry-based Positive Youth Foundation. 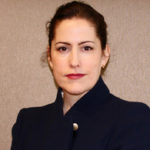 Rashid Bhayat, CEO of the Positive Youth Foundation, said: “Knife crime is a serious issue that the youth work sector has been addressing sensitively for many years. While not all areas have the same level of challenges, even one incident is one too many. As an organisation, we are working very closely with young people, voluntary sector groups, the local authority and the police service to ensure that young people in Coventry have a safe place to learn about the devastating consequences of carrying weapons. The funding from the Home Office provided the opportunity to have these meaningful conversations. I would encourage organisations to apply on this funding round, as it will allow for much needed support and interventions for young people most at risk.”

The Serious Violence Strategy recognises the importance of preventing often hard-to-reach young people from becoming involved in serious violence. Alongside it, the Home Office launched #knifefree a communications campaign which helps share information on social media about the risks of carrying a knife, its effects and how to make the right decisions.

By investing in early intervention and education, the Government will help to give critical support for young people, providing them with opportunities they need in order to live violence-free lives.