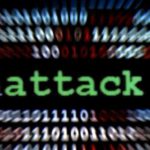 The National Crime Agency (NCA) has published the results of research into how and why some young people become involved in cyber crime. The report, which is based on debriefs with offenders and those on the fringes of criminality, explores why young people assessed as being unlikely to commit more traditional crimes become involved in cyber criminality.

The comprehensive document emphasises that financial gain isn’t necessarily a priority for young offenders. Instead, the sense of accomplishment at completing a challenge and proving oneself to peers in order to increase online reputations appear to be the main motivations for those involved in cyber criminality.

During his debrief, Subject 7 (who was jailed for Computer Misuse Act and fraud offences) told NCA officers: “…It made me popular, I enjoyed the feeling… I looked up to those users with the best reputations.”

The report identifies that some offenders begin by participating in gaming cheat websites and ‘modding’ (ie game modification) forums before progressing to criminal hacking forums.

The assessment notes that off-the-shelf tools such as DDoS-for-Hire services and Remote Access Trojans are available with step-by-step tutorials at little to no cost for the user, making the skills barrier for entry into cyber crime lower than it has ever been.

It also highlights that, while there’s no socio-demographic bias, with people across the country from different backgrounds among the offenders, the average age of cyber criminals is significantly younger than for other crime types. In 2015, the average age of suspects in NCA cyber crime investigations was 17 years old compared to 37 in NCA drugs cases and 39 for NCA economic crime cases.

Subject 1, a member of a hacking collective who sold DDoS tools and Botnet services, told NCA officers that a warning from law enforcement would have made him cease his activities.

The report also identifies education and opportunities to use skills positively as being helpful in steering potential offenders towards a future career in cyber security.

Richard Jones, head of the National Cyber Crime Unit’s Prevent team, said: “Even the most basic forms of cyber crime can have huge impacts. The NCA and the police will arrest and prosecute offenders, which can be devastating to their future. That means there’s great value in reaching young people before they ever become involved in cyber crime, at a point in time when their skills can still be a force for good.”

Jones continued: “The aim of this assessment has been to understand the pathways offenders take and identify the most effective intervention points to divert them towards a more positive path. That can be as simple as highlighting opportunities in coding and programming or jobs in the gaming and cyber industries, which still give them the sense of accomplishment and respect they’re obviously seeking.”

*Download a copy of the full report Pathways Into Cyber Crime