The World As We Don’t Know It 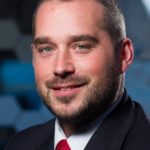 Is there a future for the security sector as we understand it? What’s more, is that sector fully prepared for what the future is already throwing its way? With due consideration of the sheer pace of technological advance, Carl Meason maps out what the 4th Industrial Revolution has in store for the professional security world and how that world’s protagonists ought to be reacting sooner rather than later.

First of all, please do forgive me for what you might believe to be the ramblings that follow. There are no statistics being presented in the paragraphs that ensue below and zero references to any scientific studies. There’s no quoting of – or, indeed, from – British Standards, either. Nonetheless, I simply have to get a few concerns off my chest by posing a question or two of my own. Specifically, is there a future for the security industry as we understand it? What’s more, is our industry prepared for what the future is already throwing in its direction?

Can our industry adapt at a quicker rate than in days gone by in order to satisfy the new demands of an ever-evolving end customer? Do a large number of our existing sectors have a dwindling shelf life? Will human interaction in the security industry become more unnecessary? How does new technology and the Internet of Everything (IoE) begin to make us think about the impact all of this will have on our own business world?

Let’s go back to the beginning. Is there a future for the security industry? Well, of course there is, but only for those who embrace the changes that technology is forcing upon ourselves as solution providers, but also – and perhaps more importantly – on our customers.

It seems as though a new device, gadget, gizmo or piece of software is being thrust in my direction almost on a daily basis, with suppliers telling me that their latest invention can replace a function the industry has thought to be ‘standard’ for many years. The thing is, on many occasions these gizmos are ‘better’, they do make my life ‘easier’ and, ultimately, this does mean that I – and many others like me – become less dependent on interaction with another human being. That’s sad, because like many others I do love a good chat.

Are these gizmos and gadgets mere fads? Or is it more the case that an entrenched culture within the security business sector is somewhat distracting us from the fact that these developments could actually prove to be ‘industry disruptive’?

Let me elaborate. When I was a lad – yes, I’m fortunate enough to be able to remember that far back – would I have dreamed that I could use a mobile telephone to turn on my heating? No, because when I was a boy we didn’t have any such technology. Our phone was some huge thing with a wheel at the centre of it. Fast forward to today, though, and an era wherein turning on the heating with your phone is now seen as being as normal as it was for me to put on another jumper to keep warm and suffer from arm ache as I telephoned my Grandma. In short, expectations are changing… and, it must be recognised, so is the consumer.

Permit me to point you in the direction of some new products that are taking small, but steadily encroaching steps towards our security market. Consider the ringing of a smart phone doorbell, smart home hubs and Wi-Fi light bulbs with integrated IP cameras. In my opinion, these are more shots across the bow, at least in terms of theoretical disruptive applications in our industry.

The need for rapid information that interacts and has the potential for value added ‘bells and whistles’ is the norm for the consumer of today, and will most certainly be an expectation of the future. I often think back to the story of the two year-old girl who was looking out of her window and decided to try and expand the view because she was used to using her tablet device as a way of doing so. This new breed of consumer has grown up in the surroundings of an evolving, ‘need something now’-style environment: an environment that doesn’t display any signs of stopping or even slowing down any time soon.

Speaking of the ‘environment’, well there’s another thing. Are we considering the future structure of the world? A few years ago, I authored an article entitled ‘The Digicom Dinosaur’ for The Security Installer’s online community. In essence, my blog asked if we were too slow to react to an evolving IP connective infrastructure.

Looking back, I recall receiving a good deal of criticism for the views expressed therein. Several years later, I’m not sure how far we’ve since progressed. Even now, in the face of such dynamic change, how many of us remain in denial? How many of us feel – or, indeed, hope – that things will remain as they’ve always been? Well, it’s too late for that.

The 4th Industrial Revolution is already upon us and it’s underpinned by the aforementioned IoE powered by the Internet of Things (IoT). The IoT and the IoE: the clue is in the names. Ever heard someone say: “I just cannot keep up with these new…” These words are more relevant right now than at any other time in days gone by. Technological advances breed ideas and, in turn, services and products. Given that these changes are happening at such a rate, is it possible for any of us to claim that we’re genuinely up to speed?

Am I right to be more than a little concerned? Should all industries sit up and take notice of what’s going on around them? I think so, given the speed at which technology is developing ‘around’ our own business sector.

Some seem comfortable and are happy to watch from the sidelines as change takes effect. I have some pretty important news for those of you who adopt such a cautious ‘wait and see first’-type approach. This change is a technological revolution that’s real and it’s altering the world right now. In further news, the security industry isn’t exempt.

OK, what’s the difference? The IoT is all about smart things that we use: tablets, phones, TVs, heating systems, games consoles, heating controls such as ‘Hive’ and ‘Nest’ and anything that can interact with the Internet. In relation to elements of our industry, items such as cameras, routers, detectors, alarm panels and signalling devices are those involved. This is something we’re beginning to embrace, although the use of old technologies is still very much the mainstream in the electronic security world.

The IoE is the interconnectivity and the services and data transfer this interconnectivity can produce. An example of this service could be the un-setting of an intruder system triggered by the proximity of your smart phone. It’s the data-driven communication of devices to develop an output that has the value. As more devices become connected, so the scope for products and services continues to develop.

Smart homes, businesses and even smart cities are an inevitable outcome, with smart ideas then very much in play. This is where our future is, because this is our future. An estimated 25 billion Internet devices will be connected by 2020. Apologies… I did suggest there were no statistics being relayed in this missive, but that one’s pretty hard to ignore.

What does all of this mean, then, for that important element of the security community often bracketed under the collective banner of ‘people’ (in other words, our security officers who provide security guarding functions or mobile response and patrol services)?

To be frank, the impact of change could be hard on those security businesses that don’t embrace it and determine to diversify. Granted, the requirement for human interaction in security should always be valued, but I believe this sector has a greater need to evolve in the face of technological progression.

Maybe now is the time to understand how we might change and adapt to incorporate technologies and ‘swim with the tide’. It’s brutal to see it spelled out in black and white, perhaps, but technology is cheaper than the presence of an individual and, what’s more, our customer base knows this to be true.

Put simply, security solution providers have to adapt to the new dawn with new ideas. We must see our challenge as one focused on thinking like our new consumer: the modern individual with a smart mobile phone and remote-controlled heating. The kind of individual who expects to receive detailed and salient information at the touch of a button and in a way that they like to see it. The kind of person who doesn’t need an extra jumper.

Returning to my initial – and so very important – question once again, then, is there a future for the security industry? The answer is ‘Yes’. There most certainly is, but there isn’t any room for dwelling on the past or many of the thought processes that went with it.

UAVs in the Zone

2017 SIA Stakeholder Conference to run under banner of ‘Partnership Working’