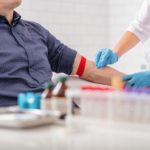 Workplace drink and drugs ‘amnesties’ are likely to become as routine as the daily nine-to-five because of UK plc’s growing substance abuse culture. That’s according to one of the world’s leading workplace drug testing companies.

Eurofins Workplace Drug Testing suggests that, in order to keep staff safe and allay fears of accidents, a growing number of employers, across a wider range of sectors, are proactively implementing drug and alcohol testing policies. These are usually preceded by an ‘amnesty’ period, allowing staff with dependencies time to address their problem ahead of being screened for the presence of drugs or alcohol.

According to figures from Alcohol Concern, 70% of drug users are in full-time employment where more than 11 million days are lost each year due to misuse-related absenteeism or presenteeism, which cost UK plc no less than £2 billion in lost productivity last year.

Last month, Home Office minister Ben Wallace described the UK as “Europe’s biggest consumer of cocaine”, a trend which is fuelling growing levels of violence and anti-social behaviour. According to Eurofins Workplace Drug Testing, this has “major implications” for UK plc.

The claim was supported by the jailing of British Airways pilot Julian Monaghan in June for eight months after he was found to be more than four times over the permitted alcohol limit when he turned up to work. Monaghan, 49, was taken from the cockpit of his Boeing 777 in handcuffs after some of his 300 passengers had begun to board at Gatwick on 18 January. The police were alerted after technician Verity McAllen, who had been checking the Boeing 777 prior to its departure for Mauritius, smelt alcohol on Monaghan’s breath.

Gary McCutcheon, Eurofins Workplace Drug Testing’s commercial manager for workplace drug testing, said: “The UK has developed a drug abuse problem, but people assume it’s all recreational. However, drug taking does not start at 5.00 pm on a Friday. The workplace is a major part of a society where drugs are a daily reality.”

The company, which has secure testing labs all over the country, was inundated by more than 200 company enquiries – many from safety-critical industries – for its new workplace drugs testing at the Safety & Health Expo at ExCeL London back in June.

The problem is such that the market for workplace drug and alcohol testing will rise from £167 million today to £231 million by 2019 – a more than 40% increase – as businesses look to protect staff and brand reputations.

Cocaine and cannabis are the most common drugs detected in the workplace, but there’s a growing trend towards abuse of prescription medication, novel-psychoactive substances or so-called ‘legal highs’ and steroids which, according to experts, can trigger aggression.

Workplace drug and alcohol testing is now common across a wide range of sectors including the construction industry where, due to the high-risk operational environment, extreme care has to be taken in all areas of work. Workplace drug and alcohol testing is also widely used in many other sectors including the maritime realm, aviation, manufacturing, food processing and logistics.

McCutcheon explained that the harmful implications of letting drug and alcohol abuse go unchallenged were such that a wider selection of businesses were now opting to implement testing policies or enhance existing measures. He said: “Gone are the days when employers could turn a blind eye to drug and alcohol abuse. The drivers for this are more rigorous regulation including the Corporate Manslaughter Act, and a greater emphasis on Health and Safety in the workplace.”

As testing regimes – which are based upon urine, saliva and even hair samples which can detect what has been taken, and when, over a three-month period – are so accurate, McCutcheon predicts that more and more firms will have to introduce amnesties ahead of mandatory workforce testing .

“It will be normal for businesses to announce amnesties at least two months ahead of drug testing being introduced,” said McCutcheon. “This will allow people to discreetly raise the issue with their employers, particularly so if they have addictions to prescription or recreational drugs. It’s a better and more pre-emptive way of dealing with the issue than being caught and traumatised by the accuracy of the test.”

McCutcheon added that the UK was lagging behind the USA, where drug testing policies and regimes are commonplace and have been a fact of working life for many years now.