Where is the commercial opportunity for drones? 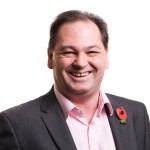 Following on from Amazon’s recent revelations that the company is looking to use drones for delivering some of its orders, Nigel Arkwright considers scenarios where Unmanned Aerial Vehicles may be deployed to good effect in the security sector.

At a recent event, one of my colleagues was showing me the latest variant in personal drones. You throw it into the air, control it through a watch and the drone takes a ‘selfie’ of you before posting the result directly to Twitter, Facebook or whatever your social media window of choice may happen to be.

The really interesting part of all this for me was the funding model. You pre-order the £350 device and add a link to your social media account. For every purchase made from the link you post, your end price is reduced by £10.

This integration of ‘wearable’ technology, social media and crowd funding isn’t new for hobby devices, of course, but does show a burgeoning ecosystem for development funding, media storage and content management.

All that said, I think it’s fair to state that the commercial drone market remains in an immature condition.

True, manufacturers for the professional hobbyist and small commercial enterprise are adding more hardware, functionality and monitoring devices and capitalising on those companies initially looking to experiment with the devices. However, the ecosystem designed to manage the content and supply services seems to be suffering from a lack of investment and, of course, needs to comply with strict regulations.

Where, then, should we be looking for opportunities in the security sector?

Opportunities in the security space

The media production and film-making companies have been the first batch of obvious beneficiaries and, probably, have the most practical uses for drones combined with the technical skills needed to create good quality content. They’re closely followed by the agriculture world and companies with large areas to monitor.

Physical security companies with CCTV monitoring are in the next wave of those able to profit from the use of this technology. Given the privacy concerns, having trained and certified CCTV operatives proves a level of capability that’s required for drone operations. The irony being that, outside of event management which has its own risks, the use cases for a drone are still limited to one-off surveying or perhaps video capture operations.

As operators outside the military environment move from the ‘man with a ground station operating an expensive flying camera’ and the detection devices and functionality grows, so the ability to capture, analyse and then archive collected data in a structured way also grows.

The likely opportunists in this space will be the CCTV aggregators and video analytics providers who’ll already have clients looking to see how they combine the two disciplines.

As is the case with traditional CCTV, the main issue is bandwidth for moving the data back to a place from where it can be analysed.

What about the regulation angle?

Regulation for drone devices will reduce but only when operators can prove that they’re Unmanned Aerial Vehicles are under control and a level of trust in the command systems grows.

At this point, all our traditional business models are (if you’ll pardon the pun) up in the air. The new ones are around renting drone time and companies using them to deliver products.

A year and a half ago, when Amazon ran its news story on drone deliveries, I was among those thinking that this was a smart publicity piece designed to take minds away from the impending Christmas parcel chaos which inevitably descends at that time of year. 18 months further on and I’ve changed my opinion. Clearly, Amazon has a strategy and is investing in a full ecosystem (as the company has done for its fulfilment and web services operations).

What of the non-aerial drones? These are harder to automate given the need to map your operational area, deal with obstructions and rough ground as well as obstacles like stairs, etc. Non-aerial drones also suffer from being considerably more expensive at the moment as the consumer-based ecosystem has yet to mature to the same level as that for the aerial drones.

For such reasons, development of these devices is predominantly linked to home automation and healthcare with some industrial usage. For the most part, this type of drone remains indoor-centric and doesn’t operate well outside. On the plus side, non-aerial drones are far less of a Health and Safety hazard.

With legislation permitting the use of self-driving cars now in preparation, managers in the security sector may view non-aerial drones as a better short-term investment arena than is the case for their UAV cousins.