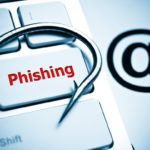 Criminal tactics used to access user credentials are growing in prevalence and sophistication. That’s according to the findings of WatchGuard’s latest quarterly Internet Security Report, which explores computer and network security threats affecting SMBs and distributed enterprises. The findings also show that a record 47% of all malware is now new or zero day and able to evade signature-based anti-virus solutions.

“The global Firebox Feed data from Q2 shows that threat actors are more focused on credential theft than ever before,” said Corey Nachreiner, CTO at WatchGuard Technologies. “From JavaScript-enabled phishing attacks and attempts to steal Linux passwords through to brute force attacks against web servers, the common theme here is that login access is a top priority for criminals. Knowing this, businesses must harden exposed servers, seriously consider multi-factor authentication, train users to identify phishing attacks and implement advanced threat prevention solutions to protect their valuable data.”

Mimikatz, a popular open source tool used for credential theft, accounted for 36% of the Top 10 malware in Q2,  earning it the Number One position. Often used to steal and replace Windows credentials, this is the first time Mimikatz has appeared in the familiar group of top malware variants, in turn highlighting the fact that attackers are constantly adjusting their tactics.

The report also highlights that phishing attacks are increasingly using malicious JavaScript to fool users. For several quarters, attackers have leveraged JavaScript code and downloaders to deliver malware in both web and email-based attacks. In Q2, attackers were seen to use JavaScript in HTML attachments to phishing e-mails that mimic login pages for popular legitimate sites like Google, Microsoft and others to trick users into willingly giving up their personal credentials.

Other key findings from the Q2 2017 report include:

*Attackers target Linux passwords in Northern Europe Cyber criminals used an old Linux application vulnerability to target several Nordic countries and the Netherlands with attacks designed to steal password hash files. More than 75% of attacks leveraging a remote file inclusion vulnerability to access/etc/password were aimed at Norway (62.7%) and Finland (14.4%). With such a high volume of incoming attacks, users should update their Linux servers and devices as a basic precaution

WatchGuard’s Internet Security Report provides threat intelligence, research and security Best Practice in order to inform and educate readers about online adversaries such that they can better protect themselves and their organisations. It’s based on anonymised Firebox Feed data from more than 33,500 active WatchGuard UTM appliances worldwide. In total, these appliances blocked more than 16 million malware variants in Q2, with an average of 488 samples blocked by each individual device.

The complete report details the top malware and attack trends from Q2 2017, a comprehensive breakdown of the notorious WannaCry ransomware attacks and key information security Best Practice for readers. In this report, the latest research project from WatchGuard’s Threat Lab focuses on threat trends from SSH and Telnet honeypots that are constantly targeted by automated attacks. The key takeaways from this project highlight the dangers associated with default credentials and the overriding importance of Internet of Things device protection.