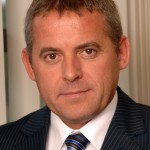 Vision Security Group (VSG) – Compass Group UK and Ireland’s specialist security business – has achieved certification as a ‘Top Employer in the UK: 2015’. This is the fourth year running that VSG has been recognised by The Top Employers Institute for affording its members of staff “an outstanding working environment”.

Formerly known as The CRF Institute, The Top Employers Institute is a global body that reviews excellence in the environments that organisations create for their colleagues. This independent body analyses employers based on a number of key criteria including workforce planning, culture, leadership development and learning. Only those organisations that meet the Institute’s stringent criteria receive Britain’s ‘Top Employer’ certification.

Optimal employee conditions ensure that people develop themselves both personally and professionally. In turn, this enables companies to grow and progress.

Recognition as a Top Employer enables companies to stand out as employers of choice. This is beneficial for all stakeholders and, in particular, their current and prospective employees.

Being certified provides companies with the opportunity to celebrate their achievements and reinforce the vital and central role of the Human Resources environment across the business.

As a specialist division of Compass Group, VSG offers total security solutions encompassing guarding, security systems, remote monitoring, training and background screening. Through a commitment to an altruistic founding principle of raising standards within the security guarding marketplace as a whole, VSG has subsequently become the fastest-growing company in this specialist business sector.

Speaking about this latest accolade, Barry Dawson (VSG’s business director) old Risk UK: “We employ more than 6,500 people in the UK. Our colleagues are at the very heart of our business. We’re fully committed to taking care of our people and investing in their talent by offering great development opportunities, excellent benefits and a welcoming work environment. We’re extremely proud to be part of this exclusive group and look forward to another year as a ‘Top Employer’.”

Eleanor Nickerson, director of UK operations for The Top Employers Institute, stated: “Optimal employee conditions ensure that people can develop themselves both personally and professionally. Our comprehensive research concluded that VSG provides an outstanding employment environment while offering a wide selection of creative initiatives. These range from secondary benefits and working conditions through to performance management programmes that are well thought out and, importantly, truly aligned with the company’s culture.”

The British Security Industry Association’s (BSIA) Security Personnel of the Year Awards are regarded as one of the highest accolades in the security sector, providing as they always do an exclusive platform for showcasing the high calibre of staff working within today’s private security.

Proof positive that VSG provides an outstanding working environment for its staff is shown by the fact that the business won seven national awards at the 2014 BSIA ceremony, which took place at the London Hilton Hotel, Park Lane on Wednesday 16 July.

*Best Team – Magna Park
The eight-strong team at Magna Park are a committed group of individuals who continue to exceed the standards required of them. The team has introduced new processes which have resulted in the client reducing the amount of stock that’s stolen from the premises.

The team also suggested (and subsequently implemented) working with police dog handlers to search warehouses, an idea that has proven extremely popular with the client.

*Best Newcomer – Karl Smith, The Kingdom Shopping Centre, Glenrothes
Karl Smith has been working at VSG for just under a year. He was nominated for this award by his manager due to the level of commitment he brings to the role and the value he adds to the team.

Having just begun his career in the security sector, Karl has swiftly adapted to his new environment and is never afraid to ask questions and seek solutions to problems by conferring with colleagues.

*Best Newcomer – Emilija Zemaitaityte, Credit Suisse
Emilija has been working for VSG at Credit Suisse for just over 18 months. She was nominated for this award by her managers for rising quickly through the initial security ranks to become acting control centre operator and for generally establishing herself as a very well respected security officer. Emilija is always keen to develop her security knowledge, and her enthusiasm and dedication to the company shows in an ongoing commitment to her role.

*Best Use of Technology – Joe Palmer, Midlands
Joe Palmer was appointed to lead a Crime Line and Data Analysis team with a view to proactively tackling organised crime. Recently, the systems put in place identified a gang of ’till snatchers’ which resulted in their arrest and prosecution for crimes they’d committed across the UK.

*Outstanding Act – Robbie Smith, The Mall, Maidstone
Robbie Smith has been based at The Mall in Maidstone for just over ten years. Reecently, while a mother and daughter were shopping at the venue, the daughter suffered a fit and stopped breathing. Robbie acted quickly to clear the child’s airway and lower her temperature until the Emergency Services arrived on scene. Robbie’s quick thinking ultimately led to the baby’s life being saved.

Commenting on these accolades, Barry Dawson explained: “We’re delighted to have won so many BSIA Awards. These awards are very highly regarded in the security industry and showcase the talent we have here at VSG. My congratulations go to each and every winner and finalist. These awards are not easily won. Each winner has gone above and beyond their normal duties and it’s absolutely fantastic that this effort has been recognised.”