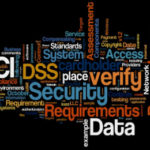 With cyber crime on the increase, payment card security is increasingly a focus for companies and consumers alike. The Payment Card Industry Data Security Standard (PCI DSS) is there to help businesses accepting card payments to protect their payment systems from breaches and theft of cardholder data. Findings from the Verizon 2017 Payment Security Report demonstrate a link between organisations being compliant with the PCI DSS and their ability to defend themselves against cyber attacks.

Of all the payment card data breaches Verizon investigated, no organisation was fully compliant at the time of breach and showed lower compliance with ten out of the 12 PCI DSS key requirements.

“There’s a clear link between PCI DSS compliance and an organisation’s ability to defend itself against cyber attacks,” commented Rodolphe Simonetti, global managing director for security consulting at Verizon. “While it’s good to see PCI compliance increasing, the fact remains that over 40% of the global organisations we assessed, both large and small in scale, are still not meeting PCI DSS compliance standards. Of those that do pass validation, nearly half fall out of compliance within a year and many of them much sooner.”

Real-life examples highlight situations where compliance controls are not followed. For example, a financial services organisation seeking exemption from the Wi-Fi requirements of PCI DSS was surprised to learn that it did in fact have a wireless network operating in its building, with this lack of knowledge causing it to fail. The IT administrator had become tired of traipsing from the server room in the basement to the IT Department on the third floor, and so had installed a router to access the servers from his desk.

When looking at the PCI controls that companies would be expected to have in place (such as security testing and penetration tests, etc), the report found an increased ‘control gap’ meaning that many of these basics were absent.

In 2015, companies failing their interim assessment had an average of 12.4% of controls absent. This figure has increased to 13% in 2016.

Simonetti continued: “It’s no longer a question of ‘If’ data must be protected, but ‘How’ in order to achieve sustainable data protection. Many organisations still look at PCI DSS controls in isolation and don’t appreciate the fact that they’re inter-related. Far too often, the concept of control lifecycle management is absent. This is often the result of a shortage of skilled in-house professionals. However, in our experience internal proficiency can be dramatically improved with lifecycle guidance from external experts.”

*Consolidate for ease of management: Adding more security controls isn’t always the answer: the PCI DSS already contains numerous interlinked data protection standards and regulations. Organisations should be able to use this to consolidate controls, making them easier to manage overall

*Invest in developing expertise: Organisations should invest in their people to develop and maintain their knowledge of how to enhance, monitor and measure the effectiveness of those controls in place

*Apply a balanced approach: Companies need to maintain an internal control environment that’s both robust and resilient if they want to avoid controls falling out of compliance

*Automate everything possible: Applying data protection workflow and automation can be a huge asset in control management, but all automation also needs to be frequently audited

*Design, operate and manage the internal control environment: The performance of each control is inter-linked. If there’s a problem at the top, this will impact the performance of the controls at the bottom. It’s essential to understand this in order to achieve and maintain an effective and sustainable data protection programme.

Troy Leach, chief technology officer for the PCI Security Standards Council, stated: “The Verizon report highlights the challenges organisations have in front of them in order to consistently maintain security controls on an ongoing basis and not leave their cardholder data environments vulnerable to attack. This trend was a key driver for changes introduced in PCI Data Security Standard Version 3.2, which focus on helping organisations confirm that critical data security controls remain in place throughout the year, and that they’re effectively tested as part of an ongoing security monitoring process.”

The aim of the 2017 Payment Security Report is not to convince readers of the need for PCI compliance, but rather to track the measurable performance of PCI compliance. This year’s report includes the results from PCI assessments conducted by Verizon’s team of PCI-qualified security assessors for Fortune 500 and large multinational firms in more than 30 countries.