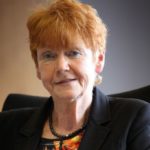 Baird brings considerable experience to the role, having been the Labour MP for Redcar from 2001 to 2010 and Solicitor General for England and Wales from 2007 to 2010 following a 25-year career as a barrister. Baird took silk in 2000 and is also chair of the APCC Supporting Victims and Reducing Harm Policy Working Group.

Upon being elected by the APCC Board, Baird said: “I’m delighted to have been elected the new chair of the APCC. This is an important time for the Association, as elected Police and Crime Commissioners ensure there’s strong governance over the ongoing police reform work. They continue to keep our communities safe.”

Baird added: “I’d like to thank Martin Surl for his hard work as chair, particularly in helping to establish and cement the Police Reform and Transformation Board which is now driving the police reform agenda.”

In conclusion, Baird explained: “I will continue to build on and promote the profile of the APCC by projecting clear and coherent messaging to the Government and wider stakeholders, as well as representing the interests of all PCCs. I also look forward to working with partners across the policing and criminal justice landscape.”

APCC statement on the Cabinet reshuffle

Martin Surl, outgoing chairman of the APCC, has congratulated Amber Rudd on her appointment as the new Home Secretary and Elizabeth Truss, who takes the roles of Lord Chancellor and Secretary of State for Justice.

Welcoming the MP for Hastings and Rye to her new job, Surl said: “PCCs look forward to working with Amber Rudd as the new Home Secretary and building on the highly productive relationship we enjoyed with the Prime Minister in her previous role.”

On the appointment of Elizabeth Truss, PCC Surl stated: “We look forward to working with the new Lord Chancellor and Secretary of State for Justice on how we can continue to join up policing and criminal justice.”

According to Surl: “Elected PCCs are at the centre of transforming policing and linking in with the criminal justice landscape. We look forward to working with both ministers to continue joining up these important areas, in turn creating a more effective and efficient policing and criminal justice system for our communities.”