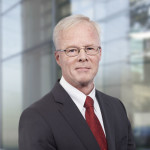 According to Securitas’ Full Year Report for 2014, organic sales growth has continued to show a positive trend for the business driven by successful sales efforts, a strategy focused on both security guarding solutions and technology offerings and an improved macro economic climate in the USA. All business segments have made progress when compared with last year’s figures.

The headline statistics announced by president and CEO Alf Göransson from Securitas’ headquarters at Lindhagensplan in Stockholm are as follows:

Commenting on this latest set of Group financials, Alf Göransson stated: “In real terms, earnings per share have improved by 8% in 2014. Operating income has improved both in Q4 and, indeed, for the full year when compared to 2013. The re-organisation in Spain was implemented during the fourth quarter for which a one-off restructuring cost of MSEK –19 (MEUR –2) was recognised.”

In addition, Göransson explained: “The employer mandate of the Affordable Care Act in the USA began to take effect on 1 January this year. We’re compliant with the Act, and we don’t expect any negative impact on our results as we’ve been able to mitigate the cost impact.”

The CEO went on to state: “Less clients than anticipated at the outset have chosen the security solutions alternative, opting instead for rate increases or some reductions in the scope of security. For Security Services North America in 2015, we estimate a positive net organic sales growth effect coming from the Affordable Care Act implementation of approximately 1%.”

Technology sales on the rise

According to Göransson, “significant progress” has been made since early 2012 with many markets “contributing well” to this achievement.

“Security Services Ibero-America is over-achieving its target, Security Services Europe is close to theirs but Security Services North America is lagging behind,” explained Göransson. “This is mainly due to the good organic sales growth in guarding contracts and the outcome of the Affordable Care Act in the USA. Consequently, this impacts the ability of the Group to reach the target of 18% run rate by the end of 2015, which is likely out of reach, although we will have come a long way. Internally, this target has been a strong driver for change.” 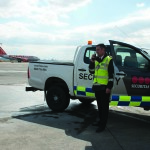 On that note, Göransson is adamant that the speed of technology and security solution sales will continue to be the most important strategic focus for Securitas in years to come.

Back in early January, Securitas AB signed a new bank loan agreement (ie a Multi-Currency Revolving Credit Facility) with its core relationship banks. The new facility is initially for a five-year period, with the possibility to extend for a further two years, and is for MUSD 550 and MEUR 440. It will be used to replace the MUSD 550 and MEUR 420 Revolving Credit Facility which matures in 2016.

Co-ordinating Mandated Lead Arrangers and book-runners are Citi and SEB.

All banks participated equally in the transaction while SEB is acting as Facility Agent.