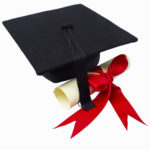 The University of Portsmouth, renowned as one of the world’s leading providers of security risk management education, is celebrating the first two awards of its Professional Doctorate in Security Risk Management. Dr Mike Gilbert and Dr David Rubens CSyP FSyI were the recipients of the doctorate, which carries the post-nominals DSyRM. 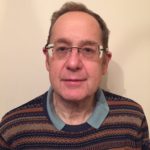 Gilbert is a counter fraud consultant and CIPFA accountant who began his career with the National Audit Office. For more than 20 years, he worked on that organisation’s value for money and IT audit programmes. Gilbert then moved to the Human Embryology and Fertility Authority as head of audit and delivered a large national audit project on its behalf.

Since 2007, Gilbert has served as a counter fraud professional within central Government, duly undertaking all aspects of counter fraud work. In his role as a counter fraud specialist, Gilbert has worked as a forensic accountant with responsibility for designing counter fraud policies and strategies, provided fraud prevention advice and services to colleagues and worked on the design and implementation of analytical procedures for detecting fraud, the creation of an investigations infrastructure and the delivery of a number of internal and external fraud enquiries.

From ‘Command and Control’ to ‘Support and Adapt’

David Rubens’ research is titled: ‘From Command and Control to Support and Adapt: Developing a New Paradigm for Incident Command Systems, Critical Decision-Making and 21st Century Crises Response’. This detailed thesis considers how the nature of crises has changed radically in recent years, such that rather than being merely ‘major incidents’ or ‘routine emergencies’, they’re now characterised by their hyper-complexity and the catastrophic impact of their cascading consequences. 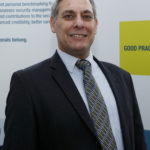 Rubens argues the centralised command systems that have traditionally been considered as the bedrock of crisis response programmes are repeatedly failing to stand up to the challenges posed by this new class of crisis, and that it has become clear – following on from incidents such as 9/11 and Hurricane Katrina – that new forms of non-hierarchical, decentralised decision-making and strategy-setting frameworks need to be developed.

This excellent thesis offers two alternative paradigms to the traditional understanding of ‘efficient’ crisis management based on the concepts associated with organisational resilience, which would allow multi-agency operations to maintain their functionality in highly volatile crisis environments.

During his career to date, Rubens has served in numerous areas of security consultancy since 1992, and is now managing director of Deltar Training Solutions Ltd, working at senior executive levels in multi-cultural environments across the world, in turn bringing a mixture of operational experience, international consultancy, academic research and high-level international business development skills to the fore.

Rubens has been a visiting lecturer for the University of Portsmouth’s BSc in Risk and Security Management, the University of Leicester’s MSc in Security, Policing and Terrorism and for the Defence Academy Strategic Leadership programme at Cranfield University, specialising in terrorism and public policy as well as the strategic management of large-scale and complex operations.

Rubens served as a main Board Director of The Security Institute from 2013 to 2014, and has done so again since 2015. He’s also very active on the international conference circuit, having chaired major events in London, Dubai, Singapore, Abu Dhabi and Lagos.

Dr Alison Wakefield, course leader at the University of Portsmouth and vice-chairman of The Security Institute, commented: “We’re delighted to congratulate Mike and David on their considerable achievements. The Professional Doctorate in Security Risk Management is designed to produce first class original research by professionals, for professionals in order to enhance the evidence base within the security business sector. The substantial research studies carried out by Mike and David provide important contributions to the development of security practice in the UK, and are already attracting the interest of key stakeholders.” 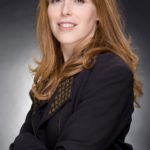 The University of Portsmouth launched a Professional Doctorate in Criminal Justice (DCrimJ) in 2007 with an initial cohort of seven students. Due to the growing popularity of the programme among security risk management practitioners, and to provide them with a more tailored post-nominal, a specialist Security Risk Management (DSyRM) pathway was introduced in 2014. Fifteen individuals are registered on this pathway, most of them senior practitioners in the sector, and some of whom are Chartered Security Professionals.

The emphasis of the programme is on developing researching professionals who are able to reflect on and contribute towards practice in their areas of work through the generation of original knowledge. The course takes approximately four years to complete on a part-time basis and comprises four taught modules delivered through a series of two-day Workshops in addition to a 40,000-50,000 word thesis.

Entrants must have an MSc, work in a security environment and be of sufficient seniority and experience to be in a position to undertake research that’s directly relevant to their job, profession or organisation.

The DSyRM is among a suite of security risk management courses offered by the University of Portsmouth. These include:

Recent comments on the DSyRM by current students have included:

*”I’m on this course at the moment and have almost finished my first year. It’s a brilliant course, excellently designed and a real eye-opener after my MSc. There’s still so much to learn. The pace is perfect and the support from the team at Portsmouth is simply excellent”

Further details of the programme can be gained online at: http://www.port.ac.uk/institute-of-criminal-justice-studies/research/doctoral-programmes/