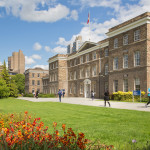 Researchers at the University of Leicester are evaluating how communities can use social media to improve their resilience to both man-made and natural disasters such as the recent Nepal earthquake or the sinking of ships that left thousands of Rohingya and Bangladeshi migrants stranded at sea.

Directed by Dr Paul Reilly, academics from the University of Leicester’s Department of Media and Communication are contributing to a European Commission Horizon 2020-funded project which will examine how social media can be used to crowdsource information during a crisis situation and how this information can then assist in reducing response and recovery times. Raising awareness about the risk of future disasters is a key goal.

The project – designated ‘IMPROVER: Improved Risk Evaluation and Implementation of Resilience Concepts to Critical Infrastructure’ – will see the Leicester academic team review how community representatives and those involved in emergency management might employ social media to create early-warning systems that may be activated during such events. 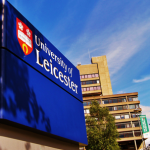 The researchers hope to identify examples of good practice for information dissemination to the public during crises. These will be used to develop a communication strategy for the Emergency Services and incident managers designed to raise public awareness about the risks associated with such events.

Commenting on the project, Dr Paul Reilly told Risk UK: “We hope this research will unearth valuable evidence for agencies involved in emergency management as well as members of the public. We will look at the value of crowdsourced crisis information for those involved in emergency management. In particular, there’s a desire to explore how members of the public can be empowered to provide accurate and timely information during crisis events that actively helps to decrease both response and recovery times.”

The researchers will examine natural catastrophes (such as earthquakes and flooding), fires in buildings and tunnels and outdoor events like rock and pop concerts. 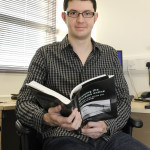 Research leader Dr Paul Reilly of the University of Leicester

Examples such as the Flood Alert app in the UK and the ‘One Source One Message’ in Australia will be used to explore how the live information provided by social media users might be used by resilience practitioners to increase disaster preparedness within those communities vulnerable to crisis incidents.

In addition to Dr Paul Reilly, the University of Leicester research team will include research associate Dr Dimitrinka Atanasova.

This part of the project is due to finish in December 2016.

In conversation with Risk UK, Dr Atanasova explained: “Crowdsourcing efforts are on the rise. In the very recent Nepal earthquake we’ve witnessed another wave of crowdsourcing efforts involving tweet and image maps of people trapped in debris. As these efforts are rising, there’s also a growing need to critically evaluate them which is what we hope to do within the scope of this project.”

Dr Reilly and Dr Atanasova will be discussing their research plans at the IMPROVER kick-off meeting. This initial gathering takes place at the SP Technical Research Institute of Sweden in Borås on Thursday 11 and Friday 12 June.