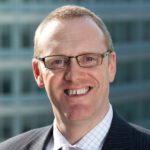 Thursday 31 January witnessed the one-year anniversary of Unexplained Wealth Orders (UWOs), which were introduced to help authorities identify and seize property suspected to have been bought by laundered criminal funds. They hit the headlines last year following the arrest of Zamira Hajiyeva (best known for her £16 million Harrods spending spree). Here, Evan Wright reviews the current state of play when it comes to UWOs.

Incorporated into UK law in January last yeaer as part of the Criminal Finances Act 2017, an Unexplained Wealth Order (UWO) is a type of court order issued by a British court to compel someone to reveal the sources of their unexplained wealth. Individuals who fail to account are liable to have assets seized after the National Crime Agency makes a successful appeal to the High Court (or the Court of Session in Scotland).

The first UWO was issued in 2018 to Zamira Hajiyeva, the wife of Jahangir Hajiyeva, the former chairman of the International Bank of Azerbaijan.

The power of UWOs in fighting money laundering lies in their reverse onus principle. Consistently, information obtained in the context of a given UWO cannot be used in a criminal proceeding.

UWOs can also be applied to politicians or officials from outside the European Economic Area (EEA), or those associated with them (ie Politically Exposed Persons, or PEPs). Any UWO made in relation to a non-EEA PEP would not require suspicion of serious criminality.

UWOs are a civil power and investigation tools. They require the respondent to provide information on certain matters (their lawful ownership of a property, and the means by which it was obtained). It’s important to note that, as an investigation power, a UWO is not (by itself) a power to recover assets. It’s an addition to a number of powers already available in the Proceeds of Crime Act to investigate and recover the proceeds of crime and should therefore not be viewed in isolation.

In 2014, Britain issued 1,172 ‘investor’ visas. Applicants were not subject to background checks, but when these were introduced in 2015 the number of visas dropped dramatically to 192. What should we read into this?

Transparency International certainly think it tells a story and went as far as providing the police service with a list of suggested targets of UWOs. While the organisation stopped short of making direct allegations, it did move to pose difficult questions about how named individuals could afford specified properties.

This is all very well, but a sudden increase in the use of a new tool such as UWOs in the enforcement kit can cause problems, and especially so if the first few are not properly prepared. It erodes their value and encourages later recipients to aggressively defend the allegations. We’ve seen this before with Deferred Prosecution Agreements and, indeed, elements of the Bribery Act.

Subject to Her Majesty’s Treasury’s backing, politicians see the short term business case, but getting it wrong from the starting blocks can make enforcement difficult in the longer term. The ‘low hanging fruit’ approach is preferred in order to develop expertise, improve protocols and test presiding Judges.

The real long-term benefit of UWOs to the Government may lie outside of London. It’s in the regions where a greater number of lower value (but still significant) assets are waiting to be identified. However, enforcement resources are scarce and the temptation is to ignore the regional organised crime gangs for the sake of grabbing a headline with a UWO against a notable oligarch or two (subject, of course, to maintaining Foreign Office relations with the country from which the target originates). One can see how targets might be chosen by committee, including an assessment of ‘who will we offend?’

London constituents have been complaining for some time to their MPs about unoccupied expensive properties in high rent areas. The volume of those complaints doesn’t easily carry outside the M25 corridor. The prosecuting agencies will want to ensure that lessons learned from their London examples can be cascaded to the regional enforcement units such that scarce resources can be reliably applied to more tricky cases where the evidence might not be as transparent as Transparency International would have us all think.

A failure to do this will make it more difficult to obtain credit facilities from the Treasury and result in more contested applications. The first to complain will be the very politicians who pressed the agencies into greater use of the orders in the first place.

As ever, enforcement can either be small steps forward or three steps forward and two steps back. Political sensitivities and pressure on funding mean that the former is more often preferred.