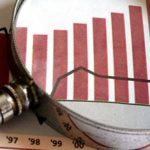 The Treasury Committee in Parliament has just published the unanimously-agreed ‘Report on Economic Crime: Anti-Money Laundering Supervision and Sanctions Implementation’ in which the Committee’s constituent members state that a more precise estimate of the sheer scale of economic crime in the UK is needed. According to the Committee, the Government should review the UK’s anti-money laundering supervision more frequently, while the UK shouldn’t compromise in the fight against economic crime simply to secure trade deals post-Brexit.

The Treasury Committee feels that HMRC should ensure all estate agents are registered for anti-money laundering purposes and asserts that Companies House needs powers to combat economic crime. There is also a belief that it’s wrong for Government not to reform the corporate criminal liability framework for economic crime.

The scale of economic crime in the UK is very uncertain, with estimates ranging from the tens of billions of pounds to the hundreds of billions. That being the case, the Committee would wish to see the Government providing a more precise estimate so that the response can be tailored to the problem.

The Financial Action Task Force has completed its review of the UK’s anti-money laundering and counter-terrorist financing systems over a decade since the previous full review. To maintain a ‘clean’ City, the Government should institute a more frequent system of public review of the UK’s anti-money laundering supervision and law enforcement that will ensure a constant stimulus to improvement and reform. This may be a role for the newly-announced Economic Crime Strategic Board, jointly chaired by the Chancellor and the Home Secretary.

Brexit will provide both risks and opportunities in terms of economic crime. The increase in trade with non-EU countries will increase the likelihood that UK businesses will come into contact with markets with lower anti-money laundering standards than the UK, but there will also be an opportunity for the UK to be a beacon in the world for the high standards to which the national aspires.

When conducting trade negotiations, the Treasury Committee feels that the Government must be clear about its intention to lead the fight against economic crime and not compromise by shifting towards a more buccaneering role in an effort to secure trade deals. The Government must also ensure that the flow of information between the EU and the UK’s enforcement agencies is either retained or replicated post-Brexit.

The UK’s corporate criminal liability framework for economic crime has been described as not fit for purpose. It’s typically more difficult to identify which people are the directing mind and will of a larger company than a smaller one, potentially encouraging more exotic management structures to avoid prosecutions.

The Government’s consultation on this issue has made no progress since it closed in March 2017 due to preparations for Brexit. Despite Brexit, the Government must progress domestic policies. The Committee states: “It’s wrong and potentially dangerous to not reform this area. The Government should consider proposals for new legislation, including a proposal that a company would be guilty of the substantive criminal offence if a person associated with it commits a certain offence, and the introduction of a new offence of failing to prevent economic crime.”

Commenting on the Committee’s document, Nicky Morgan MP (chair of the Treasury Committee) said: “With the uncertainties of Brexit around the corner, the Government should regularly review the UK’s effort to combat money laundering to ensure a constant stimulus to improve. When the UK does leave the EU, there will be both risks and opportunities in terms of economic crime. The Government must ensure it doesn’t bow to buccaneering deregulatory pressures and maintain its intentions to lead in the fight against economic crime.”

Morgan added: “Leading that fight is going to require focus. The Government needs to bring greater order to a fragmented supervisory system, better identify the scale of the problem and make a greater effort to combat the known risks and gaps in the supervisory system.”

According to Morgan: “The Committee’s comprehensive report makes a series of recommendations around estate agents, Companies House, financial sanctions and the UK’s corporate criminal liability framework that would help the UK combat economic crime.”