UK security exports “on the increase” according to BSIA member companies 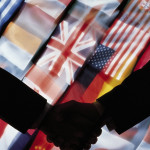 Security exporters from the British Security Industry Association’s (BSIA) Export Council have reported a further increase in the demand for British security products and services from overseas buyers across 2015.

In an annual survey conducted by the BSIA, members of the Association’s Export Council – a dedicated forum for BSIA member companies focused on extending their business to overseas markets – report their experiences of exporting in the past 12 months and their expectations for the coming year.

In this year’s survey, which was launched during UKTI’s Export Week, respondents reveal that there continues to be a high demand for British security products and services, with 60% citing an increase in overseas business during 2015 and a further 30% stating that the level of business had remained the same.

Further increases in overseas trade are expected for 2016, with a clear focus on the Middle East as an important market for the UK’s security sector. Indeed, 40% of respondents identify the Middle East as the single most important target market while 80% are looking to increase their level of business in this region.

Over half of respondents attended Intersec Dubai in 2015, which reflects the clear importance that this region has for UK security exporters.

“This annual survey has enabled us to build an accurate picture of those emerging trends experienced by UK security exporters operating on a global scale,” commented Daren Wood, membership and export services manager at the BSIA.

Wood continued: “The level of overseas business for our Export Council members continues to increase year-on-year and, in what is now an increasingly global marketplace, we expect more and more UK-based companies to turn towards overseas markets in the future.”

Interestingly, 2015’s survey shows that, for 40% of respondents, overseas distributors are the most important target vertical market. This compares to previous years where Critical National Infrastructure, the utilities and Government have ranked highly.

“The UK enjoys a positive international reputation when it comes to the provision of security products and services,” added Wood, “at least in part due to the innovation which has become synonymous with our security industry.” However, Wood suggested there are still several barriers faced by UK security exporters.

“For over half of the respondents, the most significant challenges relate to cost or price pressures and the continued burden of local certification costs. The existence of third party certification schemes in many European countries continues to be a significant barrier, and particularly so for members of our Security Equipment Manufacturers Section. There’s a requirement for products to be tested to different standards depending upon which country they are to be sold into, This can be both a time-consuming and expensive process.”

The outlook for 2016 remains positive. 100% of respondents expect their company’s export business to increase over the coming 12 months.

Anecdotally, members of the BSIA’s Export Council cited that they expect the introduction of more IP-based schemes and a “healthy demand” for integration and home automation.

“BSIA members will continue to capitalise on the demand for British products by growing their presence at key international trade shows such as Intersec Dubai, Security Essen and IFSEC South East Asia,”concluded Wood.