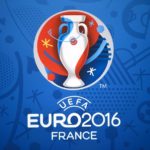 With less than 20 days to go until the start of Euro 2016, football fever is beginning to kick in. Fans are travelling to France to enjoy the football and mix with fellow supporters from across Europe, but there’s always a chance that a minority will engage in disorder. On that basis, police officers from across the UK will be travelling to France to work with their French counterparts on ensuring this doesn’t ruin the tournament for everyone else.

For the first time in over 50 years, three home nations will be competing in a major tournament with millions watching the matches across the UK and France. It’s expected that between 300,000 and 500,000 fans from England, Northern Ireland and Wales will make the trip abroad.

Assistant Chief Constable Mark Roberts, the National Police Chiefs’ Council Lead for Football Policing, said: “More fans are expected to travel to France than for any previous tournament, and we’re working with the French police for a trouble-free competition. Our officers will be supporting the French authorities by providing intelligence, identifying known ‘risk’ supporters, engaging with UK fans and advising the local police on appropriate tactics to adopt with visiting supporters. This joint approach has been very successful in the past.”

Roberts continued: “The majority of supporters from England, Northern Ireland and Wales will be genuine fans who are travelling to France to enjoy the football and our policing team will provide a reassuring presence at the venue cities. There’s no excuse for violence, disorder or anti-social behaviour at football matches. Troublemakers will be dealt with by the French police in line with their laws and can expect a banning order on their return to the UK.”

Work has already begun to prevent known troublemakers from planning trips to the competition. Nearly 2,000 people across the UK who are subject to football banning orders have been contacted by the authorities and ordered to surrender their passports by 1 June. All police forces will be running proactive operations for those who don’t comply by this date. A large-scale security operation at UK ports will run throughout the tournament across 27 locations, with experienced officers on hand to identify and prevent high risk individuals from travelling.

ACC Roberts continued: “The level of crime and disorder associated with the game in the UK has dropped quite significantly. Legislation and banning orders have worked in reducing the risk of violence and hooliganism at matches with fewer football related arrests witnessed over the past six international tournaments.”

If there are any incidents of disorder or anti-social behaviour during the tournament, officers in France and the UK will be gathering intelligence to identify those supporters involved. This could result in them being subject to a football banning order on their return to the UK as well as being potentially charged for an offence in France.

Operation Novella is a large-scale policing operation which aims to reduce the likelihood of disorder and anti-social behaviour involving UK supporters.

The French authorities are responsible for security at Euro 2016. It’s usual for UK police to liaise with the organisers of large events across the world about security threats (including from terrorism) and Euro 2016 is no different.

The policing team heading to France will consist of the following individuals:

Each Silver Commander who’s in charge of a national team will be directly supported by football ‘spotters’/supporter liaison officers.

A second team for each of England, Wales and Northern Ireland will work from the International Police Co-ordination Centre (located near Paris) to facilitate the flow of intelligence. These teams will provide the link back to the UK and support to French law enforcement agencies as well as their relevant national mobile police team.

Dynamic and subject to change

Passports of those on banning orders must be surrendered between 31 May and 1 June. There are currently 1,929 individuals on banning orders who will be subjected to passport surrender conditions. This figure is dynamic and subject to change between now and the beginning of the tournament. Almost all of the individuals who will surrender their passports would have received their banning order due to incidents occurring at domestic games.

Those who are the subject of a ban will have to hand in their passports to local police and must remain in the UK for the duration of the Euro 2016 tournament.

Any person who breaches their banning order commits an offence and, if convicted, could face a six-month custodial sentence, a fine of up to £5,000 and also receive a further banning order.

The ports security operation will begin on 6 June.

UK police officers will have no powers of arrest when deployed abroad. However, if British fans misbehave then UK officers can gather intelligence to present to a UK court in order to apply for a football banning order.