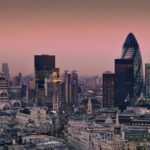 Identity and access management solutions specialist Bomgar has launched its 2018 Privileged Access Threat Report. The global survey explores the visibility, control and management that IT organisations in the US and Europe have over employees, contractors and third party vendors with privileged access to their IT networks.

With the advent of open banking, the perimeter of a bank’s sensitive data has now extended outside of its own internal network. That being so, financial institutions need to make their customers’ information available through a whole host of third party providers.

In addition to this uncertainty, 69% of UK financial services firms admitted to having already suffered a serious information security breach or expect to in the next six months due to third party access and insider threats.

Despite this, Bomgar’s research discovered that financial services is the most trusting industry when it comes to network access, with 48% of these organisations claiming that they completely trust third party vendors. This is interesting as financial services was also found to be the most likely industry to experience an insider or third party breach in the last year compared to the other industries analysed in the research, which included the manufacturing, healthcare, telecoms, Government and professional services sectors.

Dangers should not be underestimated

“The dangers that vendors and other third parties present to the financial services industry shouldn’t be underestimated,” commented Stuart Facey, vice-president of the EMEA at Bomgar. “More worrying, though, is that financial institutions seem unaware of the root cause of the threat. The unpredictability of these third parties puts businesses at increased risk. They often have a high level of privileged access to internal networks and sensitive information over which financial services organisations have poor visibility and control, potentially leaving a key attack vector unsecured. Third parties may also have a poor cyber security posture.”

However, a large part of this risk sits with the organisations themselves. The report finds that 69% rely on third party vendors too heavily, while 76% admit that having cultures that are too trusting of partners poses an active risk to their business.

“Following on from the Equifax breach, financial institutions need to realise the fiscal and reputational implications that these incidents can have and assess how much access they give to third parties that operate within their network,” stated Facey. “With open banking on the rise, the risks that come from sharing data and network access to an ever-expanding list of partners is only going to grow.”

The report does show that some organisations are managing these risks with a privileged identity and access management (PIM/PAM) solution. These same organisations experience less severe security breaches and have better visibility and control than those that use manual solutions or no solution at all.

In fact, less than half (34%) of organisations using PIM/PAM experienced a serious breach or expect to in the next six months. This compares to 66% of those without control of their privileged users.

“As the vendor ecosystem grows, organisations need to accept that the way to mitigate risks is by managing privileged accounts through technology and automated processes that not only save time, but also provide visibility across the institution’s whole network,” concluded Facey. “By implementing cyber security policies and solutions that also speed business performance, organisations can begin to seriously tackle third party risks.”

*1,021 key decision-makers with visibility over the processes associated with enabling internal users and external parties to connect to their systems completed the survey in February. Those surveyed were all IT professionals across operations, IT support/Helpdesk, IT security, compliance and risk or network/general IT roles. Respondents were from a range of industries, including manufacturing, finance, professional services, retail, healthcare, telecoms and the public sector. The survey was conducted across the UK, the United States, Germany and France.