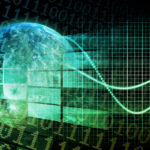 UK consumers are now more distrusting of consumer-facing businesses than they were three years ago. That’s according to new findings from Deloitte. The company’s, which involved surveying over 2,000 UK adults about their attitudes towards data privacy and digital risk, found that 92% of consumers believe businesses should be held responsible for ensuring the security of customer data. This is a rise of eight percentage points from 2015.

Overall awareness around data collection has increased following the EU’s introduction of the General Data Protection Regulation in May this year. 94% of consumers are now aware that private and public sector bodies are collecting data about them and their activities. That figure is up from 87% in 2015.

At the same time, consumer anxiety about how different types of organisations use personal data has worsened. Three-quarters of consumers (76%) are worried about social media companies having access to their data, which is up from 63% in 2015. Similarly, 68% of respondents are concerned about online retailers (2015: 54%). Consumer goods (brand) manufacturers saw the largest three-year increase in concern among consumers, rising 21 percentage points to 67%. In addition, consumers are increasingly worried about travel agents (59%), hotels (61%) and airlines (55%) having access to their personal data.

Mike Manby, risk advisory lead partner for consumer and industrial products at Deloitte, said: “Digital technology permeates almost every aspect of our daily lives. The increasing reliance of both consumers and businesses on data and technology is also exposing them to different digital risks, many of which are not fully understood. Consumers are now more aware of digital opportunities and risk than ever before. The increase in awareness around data privacy is a good thing, but it appears to be making consumers more concerned in terms of how they engage with the brands. This is creating real challenges for consumer-facing businesses.”

Deloitte’s research also found that, as consumers become more aware of digital risk, they’re increasingly placing greater value on how companies use or misuse personal data. 84% of consumers would consider not using a company that failed to keep data safe, while 66% responded similarly for a company that sold anonymous data about customers to third parties.

These are now seen as more important reasons to stop using a company or brand than the exploitation of workers overseas (60%), damaging the environment (52%) and paying large bonuses to executives (50%).

Manby added: “Consumers are much more conscious of the need to safeguard their own data in order to protect their privacy and reduce the risk of identity theft, fraud and the misuse of their data. For businesses, securing data and using it ethically has never been more vital. Not only will a breach of the EU’s new regulations lead to substantial fines and negative headlines, but the damage to the brand and the understandable mistrust from consumers can be very difficult to recover from.”

In addition, Manby stated: “What’s perhaps more concerning is that a number of businesses simply don’t have the right governance, systems and processes in place to safeguard their consumers. This is being compounded by Artificial Intelligence starting to augment decision-making, requiring new controls to be put in place to also safeguard ethical engagement and potential bias. Consumer businesses need to adopt flexible, consistent and well governed processes in order to quickly identify, manage and mitigate digital risks as they emerge in real-time.”

Despite being one of the key marketing tools for retailers and brands, 63% of consumers indicated that they’re uncomfortable with businesses using personal data to offer money saving deals and coupons. Similarly, 60% would prefer that data not be used to offer personalised recommendations based on their preferences and past behaviour.

Manby concluded: “This is potentially worrying, especially for consumer businesses that have sought to differentiate themselves in the market based on the level of personalisation they can offer. Many consumer brands will be looking to rebuild trust through seizing on consumers’ new found awareness of the value of data. Competent data handling, in addition to having clear and honest conversations about how data’s being used, will be key differentiators for consumer-facing businesses going forward.”