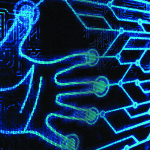 PwC’s Cyber Security practice has warned that UK companies and institutions remain vulnerable to cyber attacks despite many CEOs now ranking cyber as one of the top threats to their business going forward.

PwC’s cyber security partner Richard Horne was commenting on the firm’s 19th Annual Global CEO Survey, released at the World Economic Forum in Davos, which finds that almost three-quarters (74%) of chief executive officers in the UK rate cyber security as the third biggest risk to their company after regulation and geopolitical uncertainty.

However, despite the apparently changing attitudes of CEOs, Horne believes that more must be done by Boards of Directors to protect company data and systems.

“There appears to be a disconnect between concerns at the top of businesses and the speed and consistency with which security measures can be implemented within organisations,” stressed Horne. “This vulnerability to attacks becomes more stark when we take into account the speed of technological change and how organisations’ new digital initiatives present greater potential for attackers, arming them with both new tools and a wider range of targets.”

The PwC survey shows that UK business leaders are more alert to the threat of cyber attacks than most of their global counterparts (the global average being 61%). CEOs in the US are most concerned, though, with 88% citing cyber as a threat to their organisation’s growth.

Cyber risks can no longer be ignored

Horne added that, while it’s pleasing to see awareness of cyber attacks is somewhat higher in the UK, leaders need to have a greater understanding of what would make their organisation more secure.

“Cyber security is becoming as much about ensuring the way in which technology’s used is ‘securable’ in the first place,” urged Horne, “and that’s really all about changing how businesses work and how people think.”

*PwC’s 19th Annual Global CEO Survey was conducted during the last quarter of 2015, with 1,409 CEO respondents from 83 countries involved. The full survey findings and commentary can be downloaded at: www.pwc.co.uk/ceosurvey