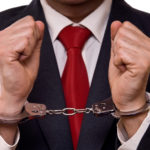 A quarter of UK employees still believe that bribery and corruption happens widely in business in the UK. That’s according to the findings of EY’s biennial Europe, Middle East, India and Africa (EMEIA) Fraud Survey. The perception of UK respondents is that little progress has been made over the last 24 months, with few changes in the survey results from 2015. Nevertheless, the findings compare favourably to some other countries, with 51% of all respondents across the EMEIA reporting that bribery and corruption is widespread in their country.

The detailed report, entitled ‘Human Instinct or Machine Logic: Which Do You Trust Most in the Fight against Fraud and Corruption?’, highlights only sporadic progress being made across the EMEIA based on a survey of 4,100 employees from large businesses in 41 countries (including 100 respondents from the UK).

According to the survey, some companies in the UK are struggling to foster a culture of ethical behaviour: only 24% of UK respondents have frequently heard their senior management communicate about the importance of maintaining ethical standards in business, while only 29% of UK respondents feel that action has been taken by their company against an employee for breaching ethical standards or regulations compared to 43% in the EMEIA.

Some 42% of UK respondents believe that their senior management would act unethically to help a business survive. This figure compares to 58% in the EMEIA. Also, 12% of all UK respondents said they believe their managers would offer a cash payment and that 16% would offer personal gifts in a bid to either win or retain business.

Encouragingly, 75% of UK respondents say they’re also supportive of further initiatives designed to hold individuals to account for misconduct. This compares with a result of 77% for the EMEIA.

Jonathan Middup, partner in EY’s Fraud Investigation & Dispute Services division, informed Risk UK: “Bribery and corruption is still perceived to be a prevalent issue in the UK, despite an increased focus and scrutiny from the Government and regulators. The picture we’re seeing from the survey, and in our conversations with clients, is that while many companies may think they have an effective compliance framework in place, in reality some are struggling to create a culture whereby it’s in employees’ best interests to do the right thing.”

Middup added: “Rules and regulation are only part of the solution. It’s critical that the tone is set from the top, with senior managers leading by example. Training and awareness programmes also have a role to play, helping employees to understand the consequences of fraud and corruption. However, in order to be effective these should also include discussion of grey areas and ethical dilemmas.”

Failure to establish a culture of reporting unethical behaviour

While 37% of UK respondents are aware of whistleblowing hotlines, a striking number of respondents stated that they wouldn’t report unethical behaviour due to concerns about future career progression within their company (54%) or fears over personal safety (33%).

When asked about changing attitudes towards whistleblowers over the last three years, 18% of UK respondents feel it has become easier for them to report their concerns internally, while 11% state that whistleblowers are offered more protection. In contrast, respondents in emerging markets such as India (27%) and Nigeria (24%) agree that they’re now offered more protection to ‘blow the whistle’ in comparison with the scenario three years ago.

Middup continued: “Many employees are unaware of the correct channels to report wrongdoing, but perhaps more worryingly it’s pretty clear that some also feel under pressure to withhold information. Companies need to actively start fostering a culture whereby employees feel encouraged to come forward to report misconduct knowing that they’ll be protected if they do.”

When asked if they support the routine collection and analysis of their data from e-mail, telephone, security systems or the public record, respondents from Western (42%) and Eastern (49%) Europe were less supportive in comparison to those in India (87%) and Africa (80%).

Hywel Ball, EY’s UK managing partner of assurance, observed: “Data ethics is becoming a growing topic of concern for both consumers and business, but the law is struggling to keep up. With vast quantities of information now available about all of us at the touch of a button, who owns this data and how it’s used isn’t clearly defined. Companies need to strike a careful balance, taking into full account the moral and ethical issues associated with data analysis, while also gathering enough information to reduce their exposure to fraud, bribery and corruption risk.”