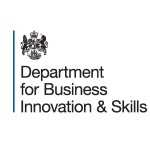 A wide-ranging and ambitious programme specifically designed to boost the UK’s ability to tackle corruption at home and abroad has been announced by the coalition Government.

The UK Anti-Corruption Plan, which includes over 60 actions for Government and partners, will set the strategic direction for all anti-corruption activity over the coming year and ensure greater collaboration and consistency across both the public and private sectors.

The plan, which paints a comprehensive picture of the threat to the UK from corruption, will highlight ways in which safeguards are being reinforced within key sectors and institutions, including the criminal justice system and associated professions.

By enhancing the response of law enforcement agencies, it will also ensure individuals involved in bribery and corruption – or those who hide their illicit assets in the UK – are relentlessly pursued and brought to justice.

Building on Prime Minister David Cameron’s commitments outlined at the G8 Lough Erne Summit last year, the plan also sets out how the coalition Government is doing more to increase transparency, tackle the scourge of money laundering and ensure that the UK is at the forefront of efforts to raise international standards.

The UK Anti-Corruption Plan’s delivery will be overseen and reviewed by an Inter-Ministerial Group chaired by Matthew Hancock (the Minister for Business, Enterprise and Energy and the Government’s ‘Anti-Corruption Champion’) and Karen Bradley, Minister for Modern Slavery and Organised Crime.

“All the studies show that corruption is a grave threat to our economic prosperity and, indeed, our national security,” stated Matthew Hancock. “As host to what is one of the world’s largest financial centres, the UK has a moral duty and global responsibility to ensure that corrupt officials and organised criminals do not abuse our systems. We’re one of the least corrupt nations on earth, but we want to do more.” 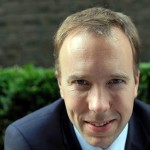 Karen Bradley said: “The UK has far lower levels of corruption and bribery than most other countries around the world, but we cannot afford to be complacent. Corruption’s impact is hugely disproportionate to the level and frequency at which it occurs and can have a serious impact on public confidence in our institutions.”

Speaking about the Government’s move, Bradley asserted: “Our comprehensive UK Anti-Corruption Plan, which goes hand-in-hand with our Serious and Organised Crime Strategy, will bring greater co-ordination and coherence to existing activity and set a clear course for the future work of both Government and law enforcement agencies.”

Specifics of the Anti-Corruption Plan

Under the Anti-Corruption Plan, which has been developed as part of the second Open Government Partnership National Action Plan, the:

*Treasury and Home Office will complete a national risk assessment on money laundering and terrorist financing, subsequently addressing any issues it highlights through an Anti-Money Laundering Action Plan

The UK is ranked as one of the least corrupt of the 170 countries listed on Transparency International’s most recent annual ‘Corruption Perceptions Index’. 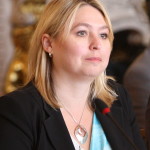 The Government has taken a number of steps in recent years to tackle corruption and there are good structures and legislation in place such as the Bribery Act. The coalition has also published the aforementioned Serious and Organised Crime Strategy and established the National Crime Agency to enhance the nationwide response to serious forms of criminality, among them bribery and corruption.

The UK Anti-Corruption Plan highlights that the Government’s priorities are:

*to strengthen our legal and operational tools and activity

*step up our efforts on the international stage