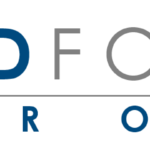 Send For Help Group – the largest dedicated lone worker protection firm in the world – has seen annual turnover break the £8 million mark for the first time (representing a rise of 30% on the previous year) as organisations across both the private and public sectors increasingly seek ways in which to protect their employees by dint of using the very latest state-of-the-art technology.

The business was founded in 2010 by brothers James and Will Murray and operates three subsidiary brands: Skyguard, Guardian24 and Peoplesafe (a competitor owned by Rocksure Systems which the Group acquired back in June in a deal worth £10 million). The subsidiaries protect more than 100,000 people through keyfob-sized GPS safety devices and Apps linked to an Alarm Receiving Centre (ARC) staffed at the company’s headquarters in Epsom, Surrey.

The £8 million turnover is up from £6.1 million last year, with profits of £2.4 million. That’s an impressive increase of 121% on the previous year.

“We’ve seen demand for our services rise for a variety of reasons,” said James Murray, CEO of the Send For Help Group. “Organisations want to protect their staff, of course, but we also live in an increasingly litigious world and the public and private sectors are becoming more ‘savvy’ when it comes to the protection of lone workers. Our technology is affordable and easy to use. Companies recognise the advantages of personnel protection when they look at the implications of legal costs and compensation as well as bad publicity if someone’s injured or assaulted. Others have turned on the news over the last few months and seen events both at home and abroad which inevitably heighten awareness around safety and security. We live in uncertain times, and this has seen a number of prospective clients cement their decision to use our service.”

Sectors using Send For Help Group’s services are diverse. Clients include Pets at Home, TalkTalk and the NHS, as well as leading estate agencies who want members of staff to have peace of mind when showing prospective buyers around properties. Major pub chains seeking to protect bar staff who might be open to abuse or assault are also increasingly using the service, as indeed are traffic wardens and other local authority personnel.

Send For Help Group is also employed by 150 local authorities and 200 housing associations. Over half of all the police forces in the UK use the technology to safeguard victims of sexual or domestic violence, not to mention those individuals on witness protection programmes.

The company has direct links to Police Control Rooms, so can bypass the 999 system and receive a faster emergency response if someone has been threatened or attacked. Once the SOS alarm button on the device is pressed, a user can speak to a trained controller (via a two-way audio in the device) at Send For Help’s fortified ARC, who will then decide on the appropriate course of action – whether that’s calling an ambulance, alerting the police, asking the worker’s supervisor to check in on them or simply to confirm it’s a false alarm.

The device sends its GPS location to the ARC where operators can make use of mapping software and direct help to where it’s needed, even if they’re on the move. Staff are trained and have to sit examinatios before they can answer calls. Clients typically pay a £10 monthly fee for each device.

According to recent research conducted by analyst Berg Insight, the lone worker protection market in Europe and America is forecast to double from £105 million per annum at present to £226 million by 2021.