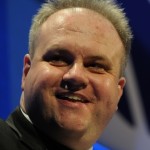 The UK is making steady progress when it comes to tackling fraud and corruption but, in relation to ethical behaviours, the myriad enforcement agencies, regulators and Boards of Directors are still struggling to translate policies into improvements. That’s one of the key findings outlined in EY’s 2015 Europe, Middle East, India and Africa Fraud Survey.

The bi-annual study polled 3,800 employees of large-scale businesses in 38 countries, 100 of them from the UK. The findings reveal that 46% of UK respondents believe the level of regulation in their sector has increased in the past two years. However, only 15% said this was having a positive impact on improving ethical standards within their particular company.

On a more positive note, 28% of UK-based interviewees also rated their own business’ ethical standards as being ‘Very Good’, a figure standing narrowly ahead of the 26% EMEIA average.

John Smart, partner and head of EY’s Fraud Investigations and Disputes Team, commented: “While progress has been made in the UK on tackling overall fraud and corruption, high profile scandals such as LIBOR have thrust corporate ethics into the spotlight. They highlight the need to ensure that the right behaviours and values are being fostered at every level of an organisation, from the Boardroom through to the office.”

Most firms in the UK have been successful at implementing policies, rules and procedures to meet fraud and bribery challenges, with a strong focus on staff training, whistleblowing hotlines and Codes of Conduct. That said, EY’s survey certainly unearths a good deal of room for improvement.

For instance, 60% of those surveyed on home shores stated their company has anti-bribery or anti-corruption policies and Codes of Conduct in place, but only 25% had witnessed their organisation take action against employees for breaching them.

The biggest contrast between corporate policy and perceived reality on the ground lies with whistleblowing. 79% of UK respondents’ businesses operate a whistleblowing hotline, but just 28% (which is below the EMEIA average of 32%) suggested that management always follows up on reports.

“It appears that UK employees have heard it all before on anti-bribery and anti-corruption issues, and are lacking faith in senior management to ‘clean up’ situations that arise,” urged John Smart. “The whistleblowing statistics are particularly alarming as employees are at their most vulnerable when they choose to uncover misdemeanours within their ranks. Failing to follow up on whistleblowing allegations can seriously erode trust in an organisation’s ability to tackle fraud and corruption issues.”

Inevitably, regulators and enforcement bodies have a huge role to play in helping businesses uphold integrity and ethics. Policies are just one lever among many for managing fraud, bribery and corruption risk, and it must be recognised that changing cultural behaviour is a difficult and long-term process.

However, in order to meet the corporate ethics challenge, it’s fair to say that Boards of Directors will need to supplement their anti-fraud, bribery and corruption policies with consistent messaging from the top, together with the right enforcement, rewards for whistleblowers and the highlighting of role models.