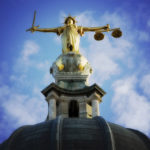 Three men have been found guilty of planning terror strikes on high-profile targets including Westfield Shopping Centre in Stratford and Heathrow Airport. A fourth man was convicted for harbouring a prohibited weapon. The three Daesh-inspired males have been convicted following a trial at The Old Bailey. The Court heard that one member of the group, namely Umar Haque, wanted to drive a vehicle into pedestrians at various busy locations including Parliament Square, foreign embassies and banks in the City of London.

Haque, 25, intended to use a knife and a gun having been inspired by the Westminster Bridge terror episode that played out in March last year. Haque received support from two other men who were also convicted for their roles in the plans.

Abuthaher Mamun, 19, agreed to raise funds for Haque’s plan by investing more than £900 in online trading companies. Their intention was to use the funds to buy a vehicle and pay for motor insurance.

Muhammad Abid, 27, knew of Haque’s plans, but chose not to inform the authorities. During one conversation, which was monitored by the police, the men discussed the London Bridge attack and glorified the actions of the driver. They also spoke approvingly of his methods and their shared aspiration to conduct a similar mass murder attack in the UK. Both men talked about targets in London, and Abid said he would assist Haque with the planning.

The fourth man, Nadeem Patel (aged 26), was found to have an illegal Walther P99 handgun at his home in Forest Gate. The weapon was capable of firing cartridges containing tear gas or pepper spray, but not solid bullets. He was given a 16-month sentence on Friday 2 March. Patel was not prosecuted for any terror-related offences.

Haque worked as a teacher at a mosque in Barking and sought to radicalise boys aged between 12 and 14 during their weekly lessons. He told them he was in contact with Daesh and showed them extremely violent videos. Haque said the boys should join Daesh because, one day, the terror group would “rule Europe”. Haque role-played mock attacks whereby the boys would pretend to be the police and attackers. Staff at the mosque were not aware of his activities.

Sue Hemming from the Crown Prosecution Service commented: “The prosecution was able to show that, by early 2017, Umar Haque had determined to carry out a terror attack in this country. He also used his position of trust to try and convert vulnerable children to his extremist cause and groom them to be involved in future activity. Six of them bravely gave evidence in this case.”

Hemming added: “Haque’s ultimate aim was to kill as many innocent people as possible, regardless of their religion, in order to advance the extremist ideology of Daesh. Thankfully, he failed in his aims and, along with the others, he must now face the consequences of his actions.”

Haque, Mamun and Abid will be sentenced at a later date.