Under the Health and Safety at Work Act 1974, all organisations have a legal obligation to adequately protect their members of staff when they’re travelling for business purposes. Any failure to do this is legally recognised as negligence, writes Leo Kelly, which the Legal Services Commission of South Australia defines as the ‘failure to take reasonable care to avoid causing injury or loss to another person’.

Best Practice for avoiding the negligence scenario is more commonly known as Duty of Care and is just as applicable for staff travelling in the immediate vicinity of their workplace as it is for business travels made to somewhat hostile locations around the globe. Through more effective and proportionate travel risk management solutions, not only are employees being protected, but organisations are also protecting their reputation, Intellectual Property and company assets from damage or loss.

Under the Corporate Manslaughter Act 2007, organisations are liable for prosecution if they haven’t appropriately exercised their Duty of Care for travelling employees. An example of this followed a tragic helicopter crash in the Andes in Peru in June 2012. Legal action was taken against London-based financial firm StormHarbour Securities LLP following the death of its managing director Tomas Dusek. It was found that the company had not implemented an effective travel risk assessment plan for its employee who died in the helicopter crash along with 13 others.

Under the Fatal Accidents Act 1976, the family of the late Mr Dusek procured a claim against his employer. The employer had failed to acknowledge or act upon the risks of Dusek flying at high altitude in a helicopter in the Andes. Indeed, the legal implications of this breach in Duty of Care left StormHarbour Securities LLP eventually liable for Mr Dusek’s death.

Speaking at the High Court in London on 19 January 2015, Justice Hamblen stated: “StormHarbour owed a duty to take reasonable care to safeguard [their employees] from the danger involved. In the factual circumstances of this case… that required StormHarbour to make at least some form of inquiry into the safety of the trip and carry out some form of risk assessment.”

In light of events such as these, the need for effective communication with line managers and supervisors is critically important for the successful use of a proportionate travel risk management programme before, during and after travel. Indeed, a rapid-fire Emergency Notification System for contact with travelling employees should be necessary for the organisations who can afford such technology. This technology allows organisations to triage to the handful of employees who may be in a crisis in a specific geolocation, as opposed to the 1,000 other individuals who may be ‘Out of the Office’ or ‘Working from Home’.

While we ‘bask’ in the transition period for the now-implemented General Data Protection Regulation (GDPR), many business travellers don’t want to be tracked or monitored. However, technology is available whereby a hands-free approach can be taken without the need to ‘check in’ with travel providers. Rather, journey management can be determined pre-travel with thorough risk assessments. An itinerary can then be made available for the traveller with granular detail, which can go right down to the registration number plate of the pick-up taxi at the arrivals airport and encompass the tracking of flight paths. The traveller can then be remotely monitored on a 24/7 basis.

Guidance can also be given if there’s a change in the local security situation during the deployment and crisis assistance can be sent in the event of an emergency such as a kidnapping, a terrorist attack or a disease epidemic. Subsequently, cascade communications by way of a specialist travel management app, text (SMS), e-mail or phone call are all important for travelling employees in order for organisations to fulfil their Duty of Care obligations and avoid the legal implications of negligence.

Advice from the FCO

Instead of this tailored communication travel risk management strategy, many employers direct their staff towards the advice offered by the UK’s own Foreign and Commonwealth Office (FCO). However, the obligation of Duty of Care for employees lies at the door of the organisation, not with Prime Minister Theresa May and her Cabinet.

The FCO’s website provides robust advice within the city-wide and nation-wide context, but it doesn’t give strictly detailed area-by-area advice for towns or cities that may be facing political unrest or shared ownership of an area. This level of bespoke detail coupled with intelligence provision of the local area is necessary in order to ensure the safety of the business traveller.

Additionally, the FCO website doesn’t always paint the geopolitical landscape in an entirely accurate way. With foreign trading ties and relationships very much core interests of the British Government, the FCO isn’t going to publish information that discredits the reputation of an ally unless it really has to do so. 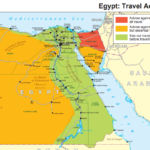 The Foreign and Commonwealth Office’s advice for travel to Egypt (GOV.UK, 2018)

Take Egypt, for example. Tourism has acted as a key industry for Egypt’s economy. However, according to the World Bank, Egypt has presided over a decrease in international tourist visits from over 14 million in 2010 to just over five million in 2016. It has only taken a few high-profile terrorist attacks at resort destinations on the Red Sea to cause the FCO to advise against all but essential travel to certain parts of the country. That said, the FCO does still advocate travel (with precautions) to certain parts of Egypt.

Aside from the purposes of leisure travel, as an international business traveller, you may now be asking yourself why would you go to a destination which the FCO advises against travel to in the first place? However, the nature of 21st Century business is such that it’s a global operation and people do travel to the likes of South Sudan, Damascus and Islamabad for these purposes. Indeed, in the event of a ‘no-deal’ Brexit, this would mean that the UK’s ability to collaborate from a business perspective in the European Union will be heavily reduced in the long run. This therefore means that British business will have to be conducted further afield in new and emerging markets and, potentially, in places with greater security issues and health risks.

Not speaking as a Brexiteer myself, the arguably exciting opportunity of working in emerging markets comes with its own new risks and challenges. To mitigate these risks, businesses need analysts and on the ground experts with local knowledge to comment upon geopolitical, legal and operational risks for travelling business personnel.

Another gaping loophole in many organisational travel risk management policies is that bespoke conditions for travellers are not in place. Statistically, business travel is particularly challenging for female travellers with more than eight in every ten women saying they’ve experienced one or more safety-related concerns while travelling on business in the past year. That’s according to the Global Business Travel Association.

Indeed, organisations are often happy to reduce the price of travel by suggesting the use of public transport without considering the risks posed to the Health and Safety of travellers. Within the gendered context, the sacrifice of this may result in a female business traveller taking the riskier option of a night train through India, for example, instead of that individual boarding a carefully managed economy class flight.

Moreover, the culture, race, sexual orientation and even the political beliefs of travelling employees should be considered depending on where they’re travelling. For instance, an American travelling to Iran or Vietnam is likely to face more problems than the average global traveller venturing to such destinations. Subsequently, travel policies should be sensitive to the business trips made in areas where there’s a history of hostility or conflict between certain nations. As mentioned, the financial budgets of organisations mean that they will often prioritise the lowest reasonable fare and guidance on expenses (an important factor, it must be said) over the safest and most secure route for their employees.

Subsequently, in my opinion the additional outlay needed to protect against the potential damage to an organisation’s reputation and assets – and realise an effective travel risk management scenario being put in place – should justifiably be spent.

Protection from risks and challenges 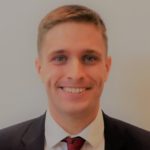 By way of conclusion, the need for organisational travel risk management isn’t a case of covering wealthy, seen-to-be-jolly-seeking business travellers in cotton wool, but rather there’s a legal need to protect the individual and companies from risks and challenges outside of their place of work.

Travel risk management is common in banks and corporate establishments, but it hasn’t gained the same currency in other sectors such as for NGOs, charities, academic institutions and media organisations.

All of these sectors share one thing in common: their greatest asset is their people. On that basis, in addition to many others, they have a Duty of Care to protect them when they’re travelling.