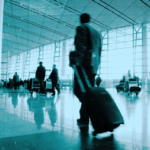 The travel industry is providing training for staff working in the UK and overseas in a bid to help keep holidaymakers safe this summer. Over 23,000 employees have attended education sessions, which include detailed advice on how to spot suspicious items and activities, as well as what to do in the event of a major incident.

The programme is being run in partnership with the National Counter-Terrorism Security Office (NaCTSO) which has created a short presentation offering travel companies an easy-to-deliver counter-terrorism awareness product. This covers the core counter-terrorism guidance required by staff working in a crowded place at home or abroad.

The product – which is funded by the Foreign and Commonwealth Office (FCO) – includes three new films which show staff what to expect and how to respond in the safest way to the terrorist threat: ‘Identify and Respond to Suspicious Behaviour’, ‘Identify and Deal with Suspicious Items’ and ‘How to React to Firearms or Weapons Attacks’.

The presentation is accompanied by a helpful two-page leaflet which can be printed and distributed as an aide memoire for staff and refers to the ACT: Action Counters Terrorism guidelines for reporting any suspicious behaviour or items.

In addition to the industry training, holidaymakers travelling abroad this summer are also being urged to watch a new video designed to help keep them safe in the event of a terrorist attack. This film is four minutes long and outlines key actions to take if terrorists strike.

While there’s no specific intelligence that British holidaymakers will be targeted this summer, the launch of the film and supporting information is part of a general campaign to raise awareness among the public. It highlights the steps people can take to minimise the impact of an attack – including knowing the local Emergency Services number(s).

The central message is ‘Run, Hide, Tell’, which was first launched by UK police in December 2015 after the attacks in Paris. It was recently re-issued to the public by officers during the incident that took place at Borough Market in London on Saturday 3 June (more of which anon).

The original film to launch ‘Run, Hide, Tell’ was based in an office block setting, but the new travel-related videos show an event taking place in an hotel. Back in June 2015, 30 British travellers were among 38 people killed by terrorists at a resort in Tunisia. Ever since then, UK police have been determined to work with the travel industry and do everything possible to learn from the tragedy.

Knowing what to do

Detective Chief Superintendent Scott Wilson, national co-ordinator for Protect and Prepare, explained: “The chances of being caught up in a terrorist incident are still low, but sadly we’ve seen atrocities take place in the UK and abroad. It’s important that everyone – staff and customers – stays alert and knows what to do if the worst was to happen.”

Wilson continued: “Understandably, people want to go on holiday to relax and enjoy themselves, but we need to remain vigilant at all times. We want people to think of this in the same way they do the safety film that airlines always show before take-off. They don’t expect anything bad to happen, but it’s a sensible safety precaution to show people what to do should the worst occur.”

In conclusion, Wilson observed: “A few minutes of your time spent watching the video before you go on holiday could save you and your loved ones. Also, make sure that you know the local emergency number. For EU counties it’s 112. Other numbers can be found on the FCO’s website.”

Lord Ahmad of Wimbledon, Minister for National Security and Counter-Terrorism, stated: “We want people to be safe so they can enjoy their holidays. As well as reading and taking note of our travel advice and taking out the appropriate insurance, I encourage people to watch this film before they go away. It sets out some simple steps we can all take to minimise the impact of an attack if one were to take place.”

Nikki White, director of destinations and sustainability with the Association of British Travel Agents, added: “We recognise the importance of raising awareness and providing clear guidance for our members and their employees. We know that customers would look to those staff working in their hotels and resorts to take the lead and respond quickly to an emerging situation. Representatives of the travel industry taking part in this new training have responded positively. We’ll continue to work closely with the police service in order to make sure that we’re doing all we can to help raise awareness of these messages.”

Due to the location, people – including those locked in local pubs and restaurants who witnessed the horror through windows as the terrorists went about their murderous rampage – saw a great deal of the violence that occurred, .

Eight innocent people were murdered and 48 injured by killers Khuram Butt (aged 27), 30 year-old Rachid Redouane and Youssef Zaghba, 22. All three were shot dead by police officers at the scene.

Bernadette Keane, Victim Support’s London director, said: “We saw a significant number of people contacting us after the attacks seeking emotional support and trauma treatment because of the terrible scenes they witnessed. Borough Market is a huge draw for people at the weekend. If you know the layout of the market you will appreciate just how many people would have been able to see the attacks unfold. There are scores of places to eat and drink with full-length windows looking out on to the market and, as staff and diners bravely wedged doors shut to protect themselves and others from the terrorists, those inside were able to see clearly what was going on as the attackers went about killing and severely injuring innocent people outside.”

In total, 163 individuals were in contact with Victim Support for help following the London Bridge attack. The families of those that are killed are asked by the police if they wish to be referred to Victim Support to provide them with specialist and practical support, as are those who are seriously injured.

From experience, the charity knows that people who witness terror events can be affected by trauma weeks and months afterwards the event and is keen to let these people know that free specialist and practical support is available to them for as long as they need it by calling Victim Support on 0808 16 89 111.

Claire Waxman, Victims’ Commissioner for London, explained: “It’s important that anyone who witnessed this horrific attack knows Victim Support is available for them. Victims and witnesses can access practical and emotional help and be signposted to specialist services in order to help them recover from this traumatic experience. No-one should suffer in silence, so it’s vital that people know the support is out there to help them cope.”

Victim Support is funded by the Mayor’s Office for Policing and Crime to support victims and provides specialist emotional help, such as counselling and trauma First Aid, as well as practical help (such as assisting people to deal with funerals, financial arrangements and travel).

The organisation has recorded a significant 48% rise nationally in the number of people seeking help after suffering hate crime in the days following the Manchester and London terror attacks. In Manchester, this equated to a 55% rise and, in London, a 48% increase.