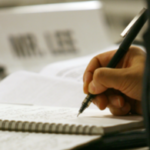 The Government has now published the third iteration of its dedicated transparency report on the use of disruptive and investigatory powers. The document sets out the way in which disruptive and investigatory powers are used by the security and intelligence agencies as well as law enforcement to tackle the threats posed by terrorism, organised crime and hostile state activity.

There have been five terrorist attacks in the UK since the publication of the second transparency report in February 2017 and the latest iteration shows a clear increase in the use of certain disruptive and investigatory powers.

Security Minister Ben Wallace commented: “The spate of terrorist attacks last year and the nerve agent attack earlier this year were a stark reminder of the real and significant threat this country faces from terrorism and hostile states. Wherever possible, we will seek to prosecute and convict those who seek to destroy our freedoms and attack our communities. Where that isn’t possible, we have a range of tools in our toolbox to disrupt and investigate terrorism-related and hostile state activity and organised crime which are vital to ensuring our national security.”

As has been the case with the previous iterations, the report brings together and gives a detailed explanation of the various disruptive and investigatory powers such as Stop and Search under the Terrorism Act and proscription of terrorist organisations. It also provides extensive statistical information relating to those powers.

The Government will seek to use the full range of capabilities where it is proportionate and necessary to do so.