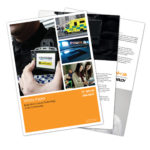 Traka has launched a new downloadable White Paper in a bid to open up the discussion on the opportunities and challenges of introducing body-worn camera technology into our communities. Entitled ‘Body-Worn Camera Technology in our Community’, the document examines the growing interest in such technology and particularly so across policing and the Emergency Services as well as the prison estate and the education sector.

Taken into account in detail are the positives of video surveillance in each of these environments alongside the concerns cited, the latter focusing primarily on individual safety and security issues. All is considered in line with the timings of the growing use of body-worn camera technology, and taking into account the difficult economic climate and high-profile security issues such as those realised by the EU Referendum and ongoing Brexit negotiations as well as the continuing terrorism threat.

Mick Haggerty, Traka’s senior product manager and author of the new White Paper, stated: “The use of body-worn camera technology is fast becoming a common solution in a number of sectors. Backed by significant Government funding, the technology harbours a number of suggested benefits, acting as a deterrent to crime while at the same time improving accountability and transparency.”

Haggarty continued: “However, just as quickly as interest in this technology has grown, so too have the questions and concerns surrounding the use of body-worn cameras. In the White Paper, our aim is to introduce body-worn camera technology in general and identify Best Practice to balance the advantages, while also ensuring individual safety and privacy interests are maintained at all times.”

The White Paper investigates the impact of body-worn camera technology used to improve safety for the police and the Emergency Services. There’s also consideration of its implementation for prison staff following the recent £3 million investment announced by Prisons Minister Sam Gyimah.

A third sector identified is education, where body-worn cameras are now being trialled for use as a deterrent to resolve problems such as ‘background disorder’ in classrooms.

Justin Sasse, managing director at Traka UK, concluded: “We’ve put this discussion document together using our experiences of working with dedicated body camera technology suppliers and armed with a developed understanding of the latest research and influencing standards that relate to careful use of such technology. We want to stimulate debate and encourage views and contributions from as many different voices as possible, which in turn will lead to improvements in the effective control and use of this technology. We look forward to hearing the opinions of practising professionals on what is certainly a matter of growing importance across our communities.”

*The White Paper is available to download at https://www.traka.com/Other/Trakacom/Media/Documents/White%20papers/Body%20Worn%20Camera%20Whitepaper.pdf