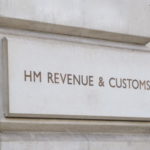 Smugglers, potential arms dealers and globe-trotting tax fugitives all feature in Her Majesty’s Revenue and Customs’ (HMRC) Top Ten criminal cases of 2018. The list once again demonstrates HMRC’s relentless pursuit of tax criminals and shows the lengths some individuals will go to in order to steal money otherwise destined to support important public services.

The 2018 list also highlights the sheer diversity of crimes HMRC deals with, including the theft of Gift Aid money from charities, smuggling illicit tobacco in fridge freezers, breaching Weapons of Mass Destruction controls and buying top-end sports cars with the proceeds of crime.

From high-flying business people to tax consultants and from church leaders to organised criminals, HMRC’s fraud investigations have led to 671 individuals being convicted across the last 12 months for their part in tax crimes. In addition, HMRC has charged another 919 individuals and taken on 746 new criminal investigations.

The Top Ten prosecutions for 2018 are as follows:

One of the UK’s most wanted tax fugitives, who spent more than 11 years on the run and owes more than £53 million, ending up behind bars after he was caught in Canada

Five fraudsters who falsely claimed £13 million in tax repayments and facilitated around 900 bogus visa applications, who were sentenced to a total of more than 31 years in jail

An eight-strong tobacco smuggling gang which brought more than two million illegal cigarettes into the North East hidden among fridge freezers, and who were jailed for more than 26 years

A tax consultant who fled the UK before he could be arrested for masterminding a conspiracy to steal £6.9 million from construction workers’ pay packets going to prison. David Michael Hughes travelled to Chile, Dubai and Cyprus to evade justice and was eventually arrested at Heathrow Airport after arriving on a flight from Istanbul

Father and son tax fugitives finally behind bars after being captured in Spain and extradited to the UK. The £1 million VAT fraudster son tried to avoid jail by fleeing to France in a light aircraft, while his accomplice father escaped by ferry before they both headed to Spain

A company boss who was jailed for trafficking fighter jet parts to Iran in violation of Weapons of Mass Destruction controls. Alexander George shipped military items to Iran, including Russian MiG and US F4 Phantom parts, sent through various companies and countries

A church leader from Luton who lied about charity donations to fraudulently claim £150,000 Gift Aid repayments and has been jailed for four years

A high-flying businessman who masterminded a sophisticated £9.8 million international VAT fraud to fund his lavish lifestyle of flash cars and a luxury Spanish home has been jailed for nine years. Jason Butler used money from the fraud to fund his collection of supercars including a Ferrari Fiorano FI, a Ferrari 360, a Mercedes SL350 and a Lamborghini Murcielago. Butler also owned a Rolls-Royce Silver Shadow, a speedboat, a luxurious home in Marbella and 96 properties in Leeds

A Hemel Hempstead company director who funded his hobby of racing high-powered sports cars across Europe through a £450,000 tax scam. Simon Atkinson was already under investigation by HMRC for anti-money laundering offences when officers unearthed the six-figure tax fraud, which he used to finance his passion for racing Lamborghinis in competitive tournaments

HMRC’s Fraud Investigation Service continues to bring in around £5 billion per annum through civil and criminal investigations.

Mel Stride, financial secretary to the Treasury, commented: “HMRC’s investigative teams have been working hard to crack down on tax crimes in the UK and hold those who would cheat the public revenue to account. The range of cases in the 2018 list demonstrates how HMRC will always tackle fraud and can prosecute anyone who steals from the public or breaks the rules, from smugglers through to potential arms dealers.”

Simon York, director of the Fraud Investigation Service, added: “As these cases show, HMRC can and will tackle the most serious tax crime and breaches of sanctions whether committed by organised criminals, professional advisors or wealthy individuals. We remain resolute and relentless in our determination to level the playing field and bring tax criminals to justice on behalf of the majority of citizens who pay their tax to fund vital public services.”

HMRC uses the full range of both criminal and civil powers to investigate tax cheats and continues to be successful in around 90% of criminal cases it brings to trial. However, the work doesn’t stop there. HMRC always looks to recover the proceeds from any crime committed and secure the funds involved for the public purse.